Close to 10,000 runners, including 30 from Bandera, converged on Corpus Christi and Padre Island this past weekend to participate in the 44th annual Beach to Bay Marathon Relay.
The event, which honors men and women serving in the armed forces and is the largest marathon distance relay race in the country, is held on Armed Forces Day every year.
The race started at 7 a.m. with 1,500 runners on the beach at Bob Hall Pier. Competitors ran on the beach for 3.5 miles and handed off to the second leg that ran up Padre Island Blvd. The second leg runners passed their baton to the next runner under the bridge who crossed the Causeway Bridge to the north, veered east to hand off to the fourth leg outside the gate to Naval Air Station-Corpus Christi.
That leg met up with the fifth relay runner before the NAS-CC bridge that ran up Shoreline Blvd. and handed off to the final runner that crossed the finish 26.22 miles after the start at McCaughan Park in downtown Corpus Christi. Each of the last five legs ran between 4.5 and five miles each.
Some of the 1,370 relay team names were a play on words about the outlook or mentality of the runners involved, such as:
Where’s my Uber, Dude?, Sole Brothers, Blister Sisters, Runs for Tacos, 2 Slow 2 Win 2 Dumb 2 Quit, Baywatch Rejects, We have the Runs, Better at Running Up a Tab, Overconfident and Undertrained, Quit your Beachin’ and Run, Agony of De Feet and Straight Outta’ Motrin.
Runners took on the race solo or teams of two or six runners in the relay divisions, with the youngest teams being the 1st – 6th grade divisions.
The Fleet Feet relay team, a bunch of guys that ran together in college and used the race for a reunion of sorts, ran the fastest time overall, covering to distance in just under two and a half hours with a 2:28:25.58.
The two-person relay of Carea and Terry won the half marathon division with a 3:00:18.32 and David Rodriguez ran a 3:22:05.12 to take the gold for the single runners.
Get Uber Fit, the local fitness box, had five teams entered in the relay with the following results.
The Bible Babes & Bros finished in 242nd place with a  4:17:03.19, Because Uber was Busy ran a 4:23:05.56 to finish 310th  and  Young Tarts and Old Farts finished in 476th with a 4:39:18.46.
The two teams made up of wives on the Uber Beaches and husbands on the Uber Baystards, ran together for the entire distance right up to the last 20 yards, where the ladies edged out the men by a little over three seconds, 6:12:03.22 to 6:12:06.45, to finish 1336th and 1337th.
The final relay team, aptly named Team Turtle, crossed the finish with a 7:17:30.00.
If you would like to join the craziness next year, the race will be on ran on May 16, 2020. For more info, you can go to www.beachtobayrelay.com 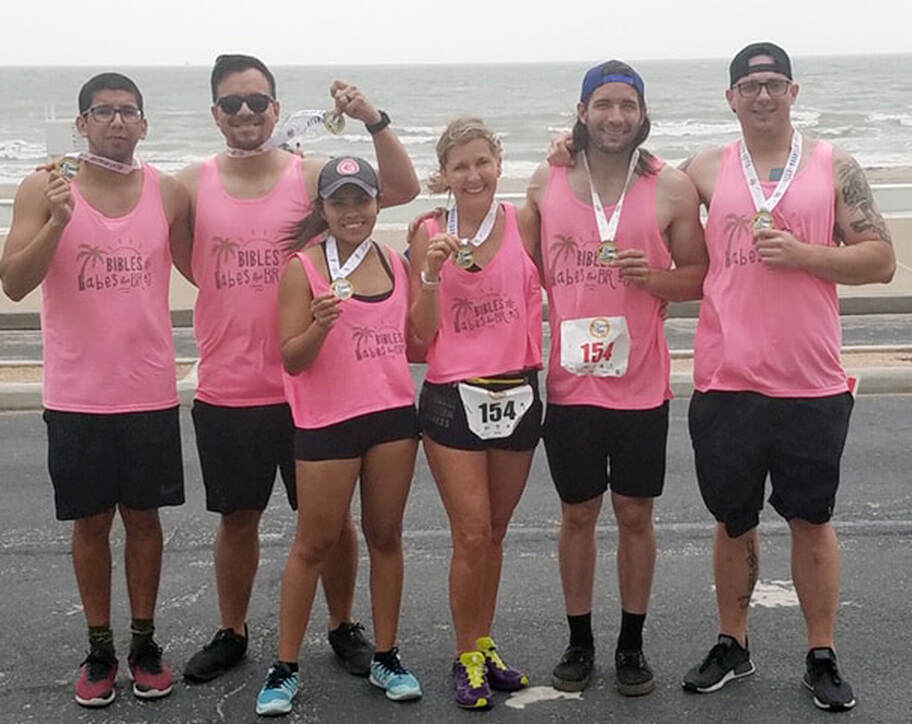 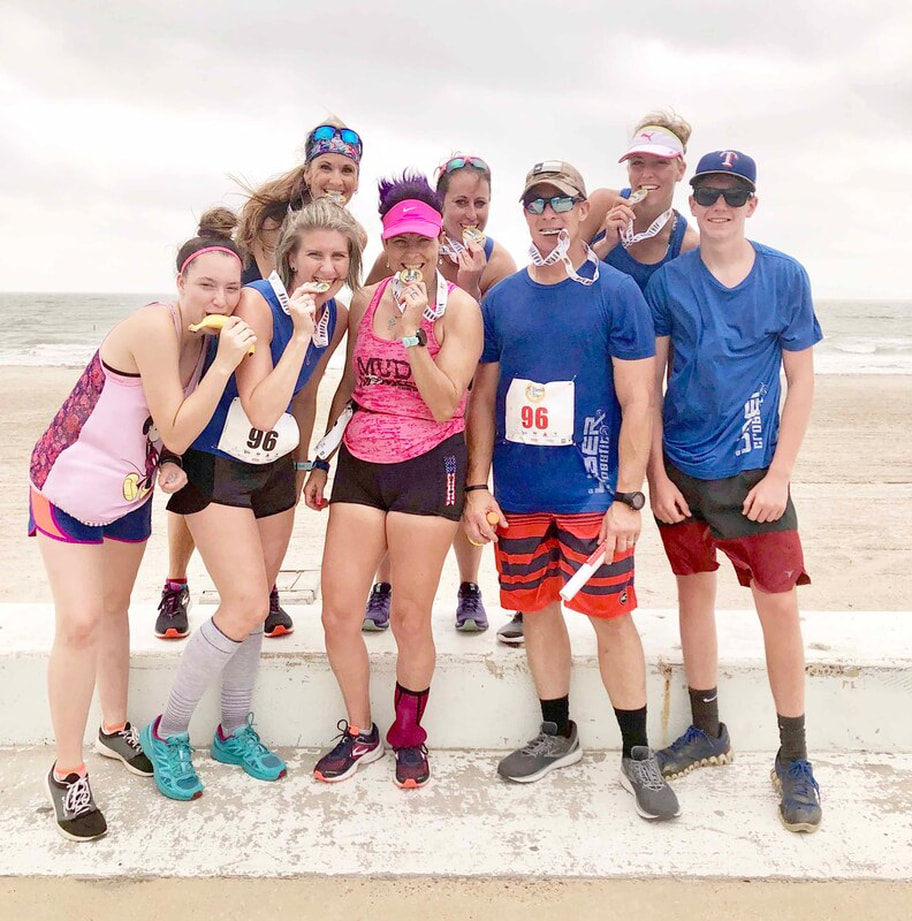