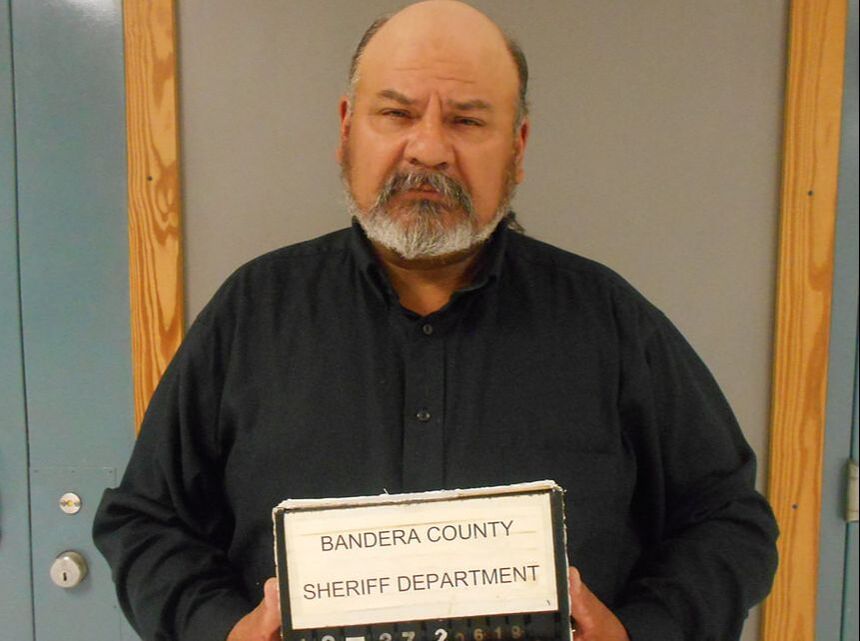 A Bandera man was convicted Wednesday of continuous sexual assault of a child, after a jury trial returned a guilty verdict.
Antonio Serda, 58, and his wife, Juana Serda, were investigated by Child Protective Services (CPS) in 2017 after teachers reported them for alleged physical abuse to their elementary-school-aged son, according to Bandera County Chief Deputy Matt King. Serda’s 15-year-old daughter told school authorities that the boy stayed home from school because he was bruised.
King said CPS went to the Serda home and asked to see the child, who was noticeably bruised. Five children, all adopted, were removed and placed in protective custody. King said during the investigation, the 15-year-old reported she had been sexually abused by Serda.
After the jury this week delivered a guilty verdict, 198th District Judge Rex Emerson remanded Serda back into custody, where he will await sentencing in an Aug. 14 hearing.
Both Serda and Juana Serda, 66, were indicted for injury to a child. The trial date has not yet been set.
The Bandera Prophet is grounded on the premise that relevant news delivery is ever-evolving. Founded by newspaper veterans, the Prophet delivers up-to-date information by writers and photographers who combined have 50-plus years of experience in the field and newsroom. Always free to readers, the Prophet is published on multiple platforms, and shared within the online community to more than 150,000 people. No paywalls and no paid subscriptions make news and feature stories immediately available with one click of a button or one swipe on a keypad.
​
All content copyright property of The Bandera Prophet