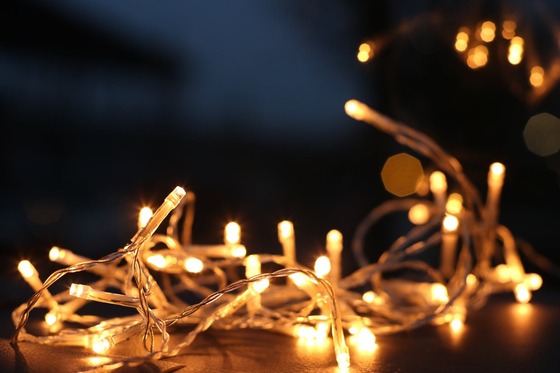 Christmas lights handed down to the kids

Picking up the torch before the flame dies, the Bandera County Boys and Girls Club has volunteered to commandeer this year’s Christmas lights display. Safely tucked in storage, the lights, owned by the Economic Development Corporation, will flicker once again this holiday season.
In a special meeting yesterday, the EDC voted to allow the Boys and Girls Club (BGC) to set up the lights and other decorations in Bandera City Park. The board also voted to approve a $5,000 budget to replace burnt out bulbs with new ones.
In addition to the City Park, the EDC approved the use of the lights on the courthouse lawn, which will be set up and broken down by Bandera County. They will be given enough lights to decorate the Nativity scene and 19 trees (six small, six medium, six large and one giant). The BGC will get the rest.
In the past, the lights were set up by the Bandera Business Association. In need of a fresh touch, many of the signs are faded and outdated, and some belong to businesses that no longer exist. EDC board members expressed concerns that the display had become too commercialized, and they wanted a different approach.
“The kids have a million ideas what they want to do with the lights. They will be heavily involved in the layout,” Heather Jones, owner of Zoka Jo’s Salvage Artists and BGC volunteer, said. “We [Zoka Jo’s] put up the Christmas lights last year…we’re familiar with the electric issue.”
Jones said there had been a problem with vandalism, but believes the kids will take ownership of the display and help police it themselves.
“Eighty kids from the BGC are already interested in signing up,” Jones said.
Mike Pimpinella, executive director of the BGC, said the organization would need use of the park from Nov. 1 to Jan. 10, 2020.
“We’re looking at making it a bigger event this year, with hay rides and carolers,” he said. “We’re ready to rock and roll on this. We’re planning to open Thanksgiving weekend.” ​
The Bandera Prophet is grounded on the premise that relevant news delivery is ever-evolving. Founded by newspaper veterans, the Prophet delivers up-to-date information by writers and photographers who combined have 50-plus years of experience in the field and newsroom. Always free to readers, the Prophet is published on multiple platforms, and shared within the online community to more than 150,000 people. No paywalls and no paid subscriptions make news and feature stories immediately available with one click of a button or one swipe on a keypad.
​
All content copyright property of The Bandera Prophet