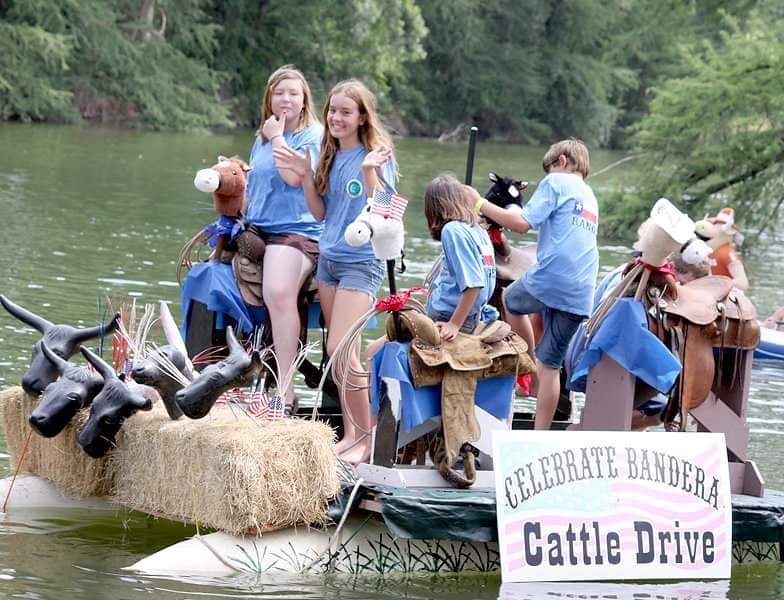 The measurements have been made, the vendors are secured, the food is prepped, the cars are polished and the kayaks are ready for the 22nd annual RiverFest. Set to begin at 10 a.m. this Saturday on the banks of the Medina River, RiverFest is the Bandera way to beat the heat and celebrate the onset of summer.
Sponsored by the Bandera Business Association (BBA), this year’s RiverFest lineup is full of live music, fresh food-carts, arts and crafts, an open car show, the Bandera Idol competition, a barbecue cook-off, kids activities and, of course, plenty of river events.
“Ranch Radio will have a live feed from 10 a.m. to noon,” BBA Board President Cindy Beckham said. “There will be live music and a lot of activities. It’s going to be a fun time for families.”
Held at Bandera City Park, Beckham said beer vendors will be selling refreshments  during the event, so people are asked to leave their coolers at home and not bring their own drinks in. Glass bottles are not allowed in the City Park, so special arrangements have been made to ensure only cans are sold.
Momentary concerns that the water’s bacterial levels may be unsafe to swim in have been dismissed. According to Bandera County River Authority and Groundwater District General Manager Dave Mauk, the E. coli concentration as of today was acceptable at 96 MPN (Most Probable Number per 100 milliliters of water). Unsafe is anything above 399 MPN.
Admission to RiverFest is as follows:
-Children 6 and under free;
-Children 7 to 17 are $5;
-Adults 18 to 59 are $10;
-Seniors 60 and older are $5
-Active Military with I.D. are free.
-Bandera City Park will be closed to general admission all day, including city residents with season park passes.
For more information, go to www.banderariverfest.com.

6 p.m.
RiverFest is over
The Bandera Prophet is grounded on the premise that relevant news delivery is ever-evolving. Founded by newspaper veterans, the Prophet delivers up-to-date information by writers and photographers who combined have 50-plus years of experience in the field and newsroom. Always free to readers, the Prophet is published on multiple platforms, and shared within the online community to more than 150,000 people. No paywalls and no paid subscriptions make news and feature stories immediately available with one click of a button or one swipe on a keypad.
​
All content copyright property of The Bandera Prophet