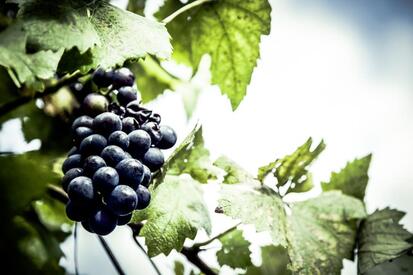 Parade and fireworks to light up the 4th

Lakehills American Legion Post 410 is celebrating Independence Day with a parade followed by a barbecue, an auction and a raffle. This year the Legion Hall will also house a special attraction.
The Legion invites more people to participate in the parade with their trailers, cars, golf carts and motorcycles. Trophies will be awarded in five categories: Most Patriotic, Showmanship, Originality, Youth (under 18 years of age), and Most Patriotic Vehicle.
Parade participants need to be in line by 9:30 a.m. at St. Victor’s Church. The judging will take place at 10 and the parade will move out at 11 a.m.
The Parade Marshall is Ruth Tschirhart, who has been a prominent member of the American Legion Auxiliary since its inception in 1968.
The barbecue starts at noon and the plates include chicken and sausage, potato salad, beans and a drink for $10 each. Desserts will be available also.
Live music will be provided by the River City Wranglers starting at noon.
The special attraction to the 4th of July event is the Texas Fallen Heroes Memorial Wall, which will be on the grounds of the Legion Hall for that day only. The wall is almost 40 feet long and contains the names of all the Texas veterans who have given the ultimate sacrifice since the year 2002.
The Wall was created by Jeff Perkins, a veteran and a member of the American Legion Department of Texas, based in Austin. It took him four and a half months to research and make it, at his own expense. It is his way of honoring his fallen comrades.
To join the parade and learn more about the day’s events, call 830-751-3711 or 830-212-9030.

LAKEHILLS LIBRARY
The Lakehills Area Library is continuing the summer reading program for the kiddos. The theme is “A Universe of Stories” and it is not too late to join. The next meeting is Wednesday, July 3, at 10:30 a.m., and the youngsters will learn about space food and see an exhibit from NASA. Go by the library at 7200 FM 1283 to sign up. For more information, call 830-510-2777.

LOCAL VBS
The Lakehills United Methodist Church and the Pipe Creek Presbyterian Church will hold a joint VBS at the Methodist Church, 150 J St. in Lakehills, July 8 to 12, from 9 a.m. to Noon. It is for kiddos who have completed Kindergarten through 5th grade. Parents can sign up online at lakehillsumc.org.
The joint VBS will culminate with a “Fun Farm Fair” on Saturday, July 13, from 11 a.m. to 2 p.m. For information on the VBS and the Fair, call 830-751-2404.

TRIVIA TIDBITS
The Fourth of July, or July Fourth, was the date in 1776 when the members of the Second Continental Congress adopted the Declaration of Independence, whereby we broke our ties to the Kingdom of Great Britain, now known as the United Kingdom.
Celebrated since its first anniversary by the states, it was first called Independence Day in 1791. In 1870 Congress made it an unpaid holiday for federal workers and in 1938 changed that to a paid holiday for federal workers.
It is considered THE National Day of the United States. ​
The Bandera Prophet is grounded on the premise that relevant news delivery is ever-evolving. Founded by newspaper veterans, the Prophet delivers up-to-date information by writers and photographers who combined have 50-plus years of experience in the field and newsroom. Always free to readers, the Prophet is published on multiple platforms, and shared within the online community to more than 150,000 people. No paywalls and no paid subscriptions make news and feature stories immediately available with one click of a button or one swipe on a keypad.
​
All content copyright property of The Bandera Prophet