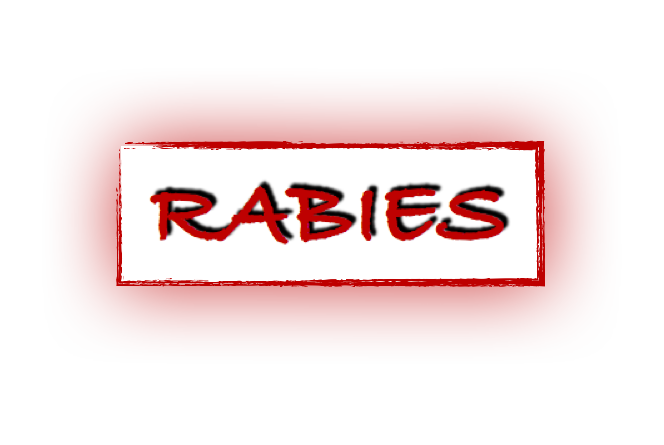 The sixth rabies case in four months has been confirmed as of Friday, and a seventh case was recorded just across the county line. Concerned about the high positive numbers, Bandera County Rabies Control Officer Dr. Conrad Nightingale is hosting a rabies vaccination clinic to help people get caught up with their pets’ shots.
“All people need to be aware,” Nightingale said. “They need to make sure animals are vaccinated and up-to-date.”
The animals, two foxes and five raccoons (including the case near the county line), have been scattered around Bandera, primarily in the eastern part of the county. However the virus is not confined to just one particular area, Nightingale said, who added one of the reasons people there are finding more animals is because that area has a higher population density.
Nightingale also stressed that people should never feed wildlife, and if anyone is leaving food out for stray cats, they need to stop.
“They’re asking for problems if they keep feeding feral cats,” Nightingale said, adding feeding the cats attracts wild animals to come in close proximity to humans. “The two fox cases were when they came in to feed on the feral cats and kittens. This is not good. The cats will find other ways to get food.”
The rabies vaccination clinic will be Saturday, July 13, from 9 a.m. to 1 p.m., in the Bandera True Value parking lot. Rabies vaccines will be $10 a dose. Other vaccines, such as distemper, will be available, but Nightingale’s main concern is getting animals caught up on rabies shots.
“Two vets will work as fast as they can to give the vaccine and issue a tag,” Nightingale said.
The Bandera County Sheriff’s Office issued a statement urging anyone who sees a stray animal, or suspects any animal of being rabid, to contact dispatch at 830-796-3771, or call 911 if it’s an emergency.
“This is the highest number of positives in this county in 46 years,” Nightingale said. “I’ve never seen this many positive cases this early in the year. We might see three or four, most of the time none. This is a big concern from our standpoint.”
The Bandera Prophet is grounded on the premise that relevant news delivery is ever-evolving. Founded by newspaper veterans, the Prophet delivers up-to-date information by writers and photographers who combined have 50-plus years of experience in the field and newsroom. Always free to readers, the Prophet is published on multiple platforms, and shared within the online community to more than 150,000 people. No paywalls and no paid subscriptions make news and feature stories immediately available with one click of a button or one swipe on a keypad.
​
All content copyright property of The Bandera Prophet