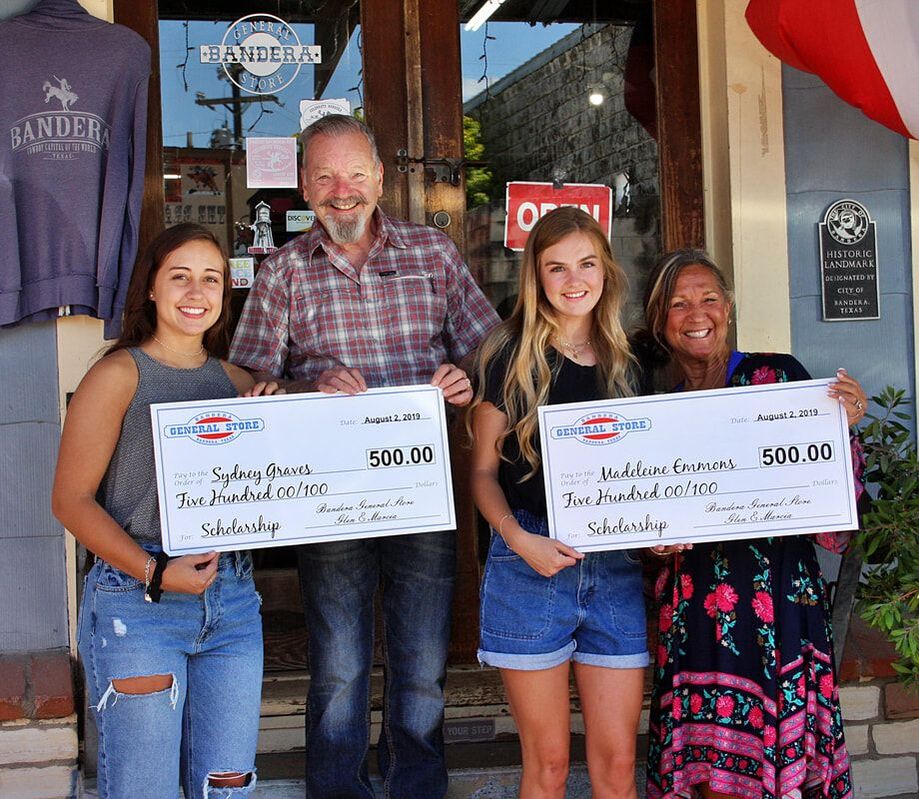 Representing both Bandera County public school districts, two college-bound students received scholarships from their employers. Madeleine Emmons and Sydney Graves each received $500 today from Glen and Marcia McComb, owners of the Bandera General Store.
The scholarships are a thank you for being loyal and responsible employees, as well as a kickstart toward their futures as they embark on their academic journeys. Emmons, of Medina High School and Graves, of Bandera High School, both started working at the General Store while sophomores. Three years later, they’re en route to Blinn College and Texas A&M, respectively.
The McCombs reward all of their high-school employees with college scholarships, so long as they remain good employees for at least three years. Passing on the torch, both Emmons and Graves have siblings who started working at the General Store as sophomores, and are next in line for the Bandera General Store scholarship. ​
The Bandera Prophet is grounded on the premise that relevant news delivery is ever-evolving. Founded by newspaper veterans, the Prophet delivers up-to-date information by writers and photographers who combined have 50-plus years of experience in the field and newsroom. Always free to readers, the Prophet is published on multiple platforms, and shared within the online community to more than 150,000 people. No paywalls and no paid subscriptions make news and feature stories immediately available with one click of a button or one swipe on a keypad.
​
All content copyright property of The Bandera Prophet