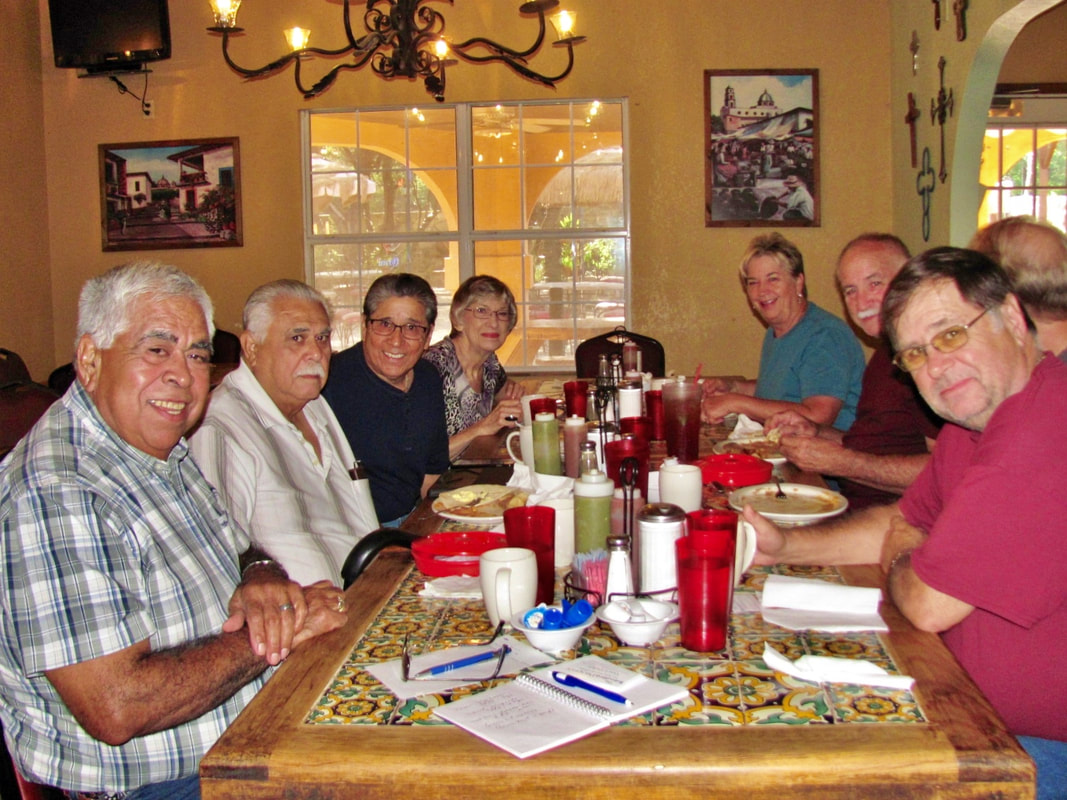 While all serve, some live with apprehension

By Vicki L. George
​Special to the Prophet

A couple of weeks ago, I was invited to attend the monthly breakfast meeting of retired law enforcement officers. These men and women spent from seven to more than 30 years in various agencies, including the San Antonio Police Department (SAPD), the FBI, the CIA, the US Marshals Service and the Texas Alcoholic Beverage Commission. All are now retired and most are living in the Lakehills and Pipe Creek area.
While the group usually comprises about 15 to 20 members, today seven men and one woman showed up.
When I asked for a photo, all agreed except one. He asked that his face not be shown and would not give his name. I only know he was once a U.S. Marshal. He explained that threats have been made against certain members of that office and he did not want to endanger anyone, especially his family.
I can say that I was invited by Carlos Salas, who retired from SAPD with 31 years of service. The man who started the group gatherings is Mike Welborn, who also retired from SAPD with 31 years. Welborn said he started the group about three years ago with six men and it has now grown to almost 20 men and women.
The other members I met were all retired from SAPD. They were Jonas Garcia, 32 years; Karen Walbrun, seven years; David Alvarado, 33 years; and Bob Day, 30 years, who came with his wife.
I asked Salas and Welborn what they would want people to know about them and their jobs.
“We are a necessary evil. That is, we have to arrest the bad guys,” Salas said.
Welborn handed me a medallion he carries in his pocket, which reads, “Evil triumphs when good men do nothing. Law enforcement is a calling, not a job.” He added, “For us, it’s a calling.”
Welborn explained that 30 years ago, when most of these men began their careers, the starting pay was about $100 a month. Welborn said they did not get into it for the money.
Nowadays, the starting pay for a police officer right out of the academy is about $45,000. After the six-month probationary period it jumps to $52,000 - $71,000, depending on the different positions.
These retirees, as one could imagine, were full of stories and did not mind sharing their opinions. My time with them was interesting and informative. We should all be thankful for their service.
​
The Bandera Prophet is grounded on the premise that relevant news delivery is ever-evolving. Founded by newspaper veterans, the Prophet delivers up-to-date information by writers and photographers who combined have 50-plus years of experience in the field and newsroom. Always free to readers, the Prophet is published on multiple platforms, and shared within the online community to more than 150,000 people. No paywalls and no paid subscriptions make news and feature stories immediately available with one click of a button or one swipe on a keypad.
​
All content copyright property of The Bandera Prophet