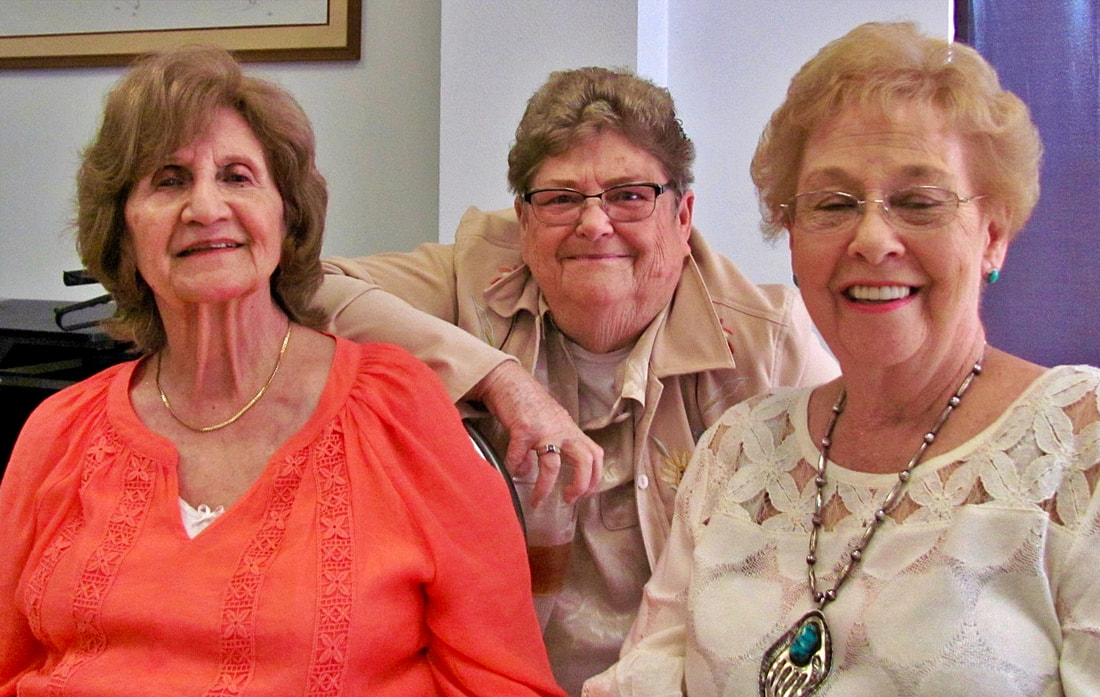 Lakehills Area Library held a party to celebrate serving the Lakehills and Pipe Creek communities for 20 years.
It was held on Saturday, Sept. 7 in the library, at 7200 FM 1283, and more than 75 people attended, including many past and present board members and volunteers.
Three of the original founders were present and honored: Olga Bradford, Brenda Reich and Loy Ed Alanis.
Bradford was the woman who envisioned a library and became the driving force for the establishment of one in the area. For her years of service, she was honored by the library in 2015, when they bestowed on her the title of Board Member Emeritus. She moved to San Antonio after her husband passed in 2010 and said the Lakehills Area Library is one of the things she is most proud of.
Reich had previously been awarded Board Member Emeritus as she had served alongside Bradford from the beginning. She still lives in the area and is the wife of local Constable Earnest Reich.
Alanis also lives in the area with her husband Dan Alanis, a previous county commissioner. Alanis has always been active on the library board and has served as its president. She said the library is the best thing she has done in her life and she is proud of its many accomplishments in the community.
The vision began in 1997 with seven people who became the first board. In addition to  Bradford, Reich and Alanis, there were Bobbie Jo Basinger, Jean Cress, Jo Stovall and Bradford’s husband Wilbur. They each chipped in $10 to open a bank account and then began to raise funds the old fashioned way, with garage sales, bake sales, fish fries and barbecues.
In 1999, the Bradfords donated the use of a parcel of land on FM 1283 and the use of a mobile building. The group began collecting books until they ended up with enough to have a book sale. When that raised $600, they knew they were onto something big.
Later, Eddy Leibold donated three acres of land and that is where the library now stands. With more fundraising and grants from Kronkosky Foundation, Swaim Foundation, Meadows Foundation, Rockwell Fund and the Lower Colorado River Authority, the present library officially opened to the public in 2003.
Dianna Landes has been the Library Director since 2013 and she is committed to serving the entire Lakehills and Pipe Creek communities. She is ably assisted by Melissa Brambila and Niki Polk and there are many volunteers who are eager to assist the library’s many patrons.
The library serves more than 8,000 people and has more than 20,000 books as well as audio and visual materials. It holds programs for children and two book clubs. The genealogy group and the writers group are active programs. It provides WiFi and computer access. They can help with copies and faxes. They have a spacious meeting room set up for Powerpoint. And all their programs are free and open to the public.
The Lakehills Area Library is open on Mondays and Thursdays, from 10 a.m. to 7 p.m.; Tuesdays, Wednesdays and Fridays, from 10 a.m. to 5 p.m.; and Saturdays, from 10 a.m. to 2 p.m. They can be reached at 830-751-2777 and their website is lakehillslibrary.org. They can be followed on Facebook. ​
The Bandera Prophet is grounded on the premise that relevant news delivery is ever-evolving. Founded by newspaper veterans, the Prophet delivers up-to-date information by writers and photographers who combined have 50-plus years of experience in the field and newsroom. Always free to readers, the Prophet is published on multiple platforms, and shared within the online community to more than 150,000 people. No paywalls and no paid subscriptions make news and feature stories immediately available with one click of a button or one swipe on a keypad.
​
All content copyright property of The Bandera Prophet