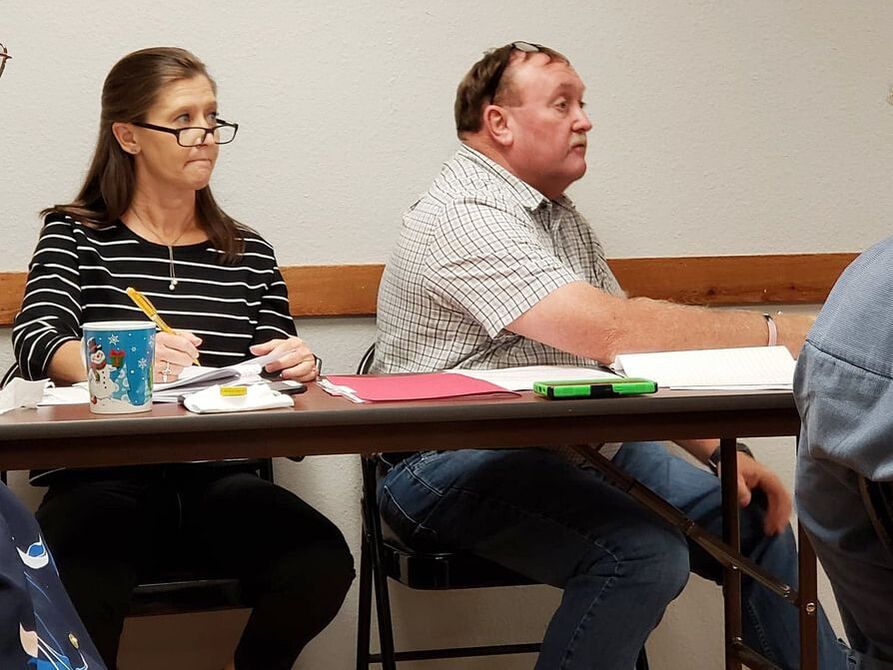 Ticking off the days left before they’re required to adopt the next fiscal year’s budget, Bandera City Council members are in the final countdown. Tackling the dilemma of rising operational costs and taxpayers on fixed incomes, council looked for the middle ground during last evening’s budget workshop.
After several conversations about the city’s water rates, council members proposed adding another tier to the residential base water rate. Currently, the flat rate for residential water inside the city limits is $20.67 per month for zero to 2,000 gallons; outside the city limits in the ETJ (Extra Territorial Jurisdiction), the flat rate is $54.72. For commercial water, the base rate is $22.97 inside the city limits; in the ETJ the rate is $76.60.
The proposal for next year is to keep the current rate for residential water and reduce the volume to zero to 1,500 gallons, then add a new tier of 1,501 to 2,000 gallons with a base rate of $24.80, which represents a 20 percent increase. A 20 percent increase will also raise the commercial base rate by $4.59, making it $27.56. The ETJ will remain unchanged.
“When I proposed this tier, the intention was to freeze what some people are paying,” Council Member Rebeca Gibson said. “It was inspired by ways we could help senior citizens and low-usage customers, and also to encourage customers to use less water.”
The city has 119 residential connections that use under 1,500 gallons; 94 commercial connections under 1,500 gallons; and 21 connections that use less than 1,000 gallons. Before settling on a 20 percent increase on base rates only, council brainstormed the bottom line with 10 percent, 15 percent and 30 percent increases. Some commercial customers said 30 percent was too high.
“We run a budget like y’all do,” Business Owner Rene Leith said, adding if a lower tier, discount or “favoritism” was offered, it should be given to high water users, not those who use less. “When we get hit with a 30 percent increase, it isn’t budgeted for. I think y’all are misguided and hammering the businesses. Increases should be fair and equitable across the board.”
Toni Kunz, president of the city’s Economic Development Corporation, said commercial customers should not be discounted because they can offset rising costs with rates they charge their own customers. Residents, she said, cannot do that.
“People who choose to have pools and gardens - that impacts our overall system that we share,” Kunz said. “The high users of the water are the ones who impact the system. If you use more, you should pay more.”
Nick Bhakta, owner of the Bandera Lodge, said he cannot control which guests will use a lot of water and which won’t.
“Thirty percent is too high,” Bhakta said. “Why penalize the people using more who provide revenue to the city?”
Council Member Brice Cavanaugh said a study that analyzed the city’s current and future infrastructure needs, including a new wastewater treatment facility, recommended all water rates increase by 27 percent and wastewater by 47 percent.
“For years and years and years we’ve had the same problems,” Council Member Glenn Clark said. “We’ve elected people who didn’t want to raise taxes or increase fees. For five years in a row our garbage pickup was being paid for by the city. We have to do something moving toward a new wastewater system. There are so many things being held together by bandaids. For some reason we’ve avoided huge penalties and I don’t know how much longer we can hold out.”
Gibson said council works diligently to find and apply for funding from the Texas Water Development Board, the Department of Agriculture and community development block grants to help alleviate taxpayer burden.
“I would agree to the 20 percent,” Council Member Lynn Palmer said. “Our goal is to put money aside for a wastewater treatment facility and streets so we can make improvements in the future.”
Reminding council that the budget season was nearing its end, Mayor Suzanne Schauman said the city’s overall revenue needed to increase, and utilities was not the only department being scrutinized.
“We’re not just picking on water and wastewater,” Schauman said. “But that’s where we are the furthest behind.”
A special meeting to review the proposed budget will be held next Thursday, Sept. 26, at 6:30 p.m., at Bandera City Hall. The deadline to adopt the budget is Oct. 1.
The Bandera Prophet is grounded on the premise that relevant news delivery is ever-evolving. Founded by newspaper veterans, the Prophet delivers up-to-date information by writers and photographers who combined have 50-plus years of experience in the field and newsroom. Always free to readers, the Prophet is published on multiple platforms, and shared within the online community to more than 150,000 people. No paywalls and no paid subscriptions make news and feature stories immediately available with one click of a button or one swipe on a keypad.
​
All content copyright property of The Bandera Prophet