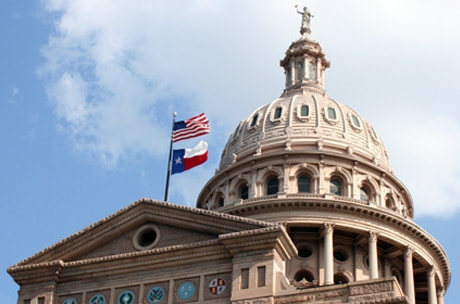 Along with a myriad of unfunded mandates and other new laws that have affected local government statewide, this year’s Texas Legislators passed a new bill that changes the Open Meetings Act, but doesn’t really change anything in Bandera.
House Bill 2840 requires local governments to include public participation on meeting agendas. It also allows someone who does not speak English to address council with a translator - and have twice the allotted time; disallows a council from stopping anyone who wants to publicly criticize a governmental body; and it caps the maximum amount of time for public comments to 30 minutes.
Bandera County Judge Richard Evans said some commissioners’ courts do not allow the public to speak, something he said he does not agree with. He said the public forum has been incorporated into Bandera County’s commissioners’s court sessions for at least the past 23 years.
“It’s what we have been doing for 20-plus years. We have been told that we have to now,” Evans said. “We should allow people to speak. That’s who we work for.” ​
The county Central Appraisal District, the Bandera County River Authority and Groundwater District and City of Bandera also include the public forum on its council and other governmental meeting agendas.
The Bandera Prophet is grounded on the premise that relevant news delivery is ever-evolving. Founded by newspaper veterans, the Prophet delivers up-to-date information by writers and photographers who combined have 50-plus years of experience in the field and newsroom. Always free to readers, the Prophet is published on multiple platforms, and shared within the online community to more than 150,000 people. No paywalls and no paid subscriptions make news and feature stories immediately available with one click of a button or one swipe on a keypad.
​
All content copyright property of The Bandera Prophet