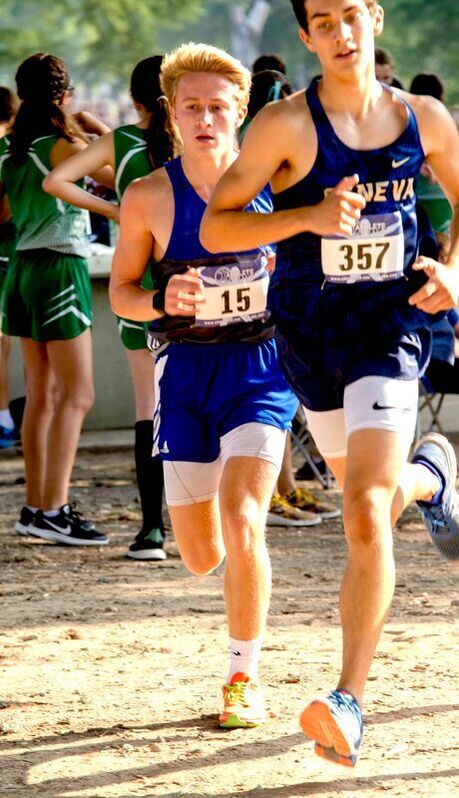 Bulldog cross-country runs in Round Rock

Bandera's cross-country teams headed to Round Rock to run at the McNeil Invitational at Old Settlers Park on Saturday, getting a preview of the venue that will host the state meet on Nov. 9.
The varsity Lady Bulldogs scored 191 points to place seventh in class with Raelynn Butler the only Lady Bulldog in the top 20, with a 15th place finish.
Hannah Edwards, Morgan Cole, Elexis Pearson and  Kaitlin Doebbler were the other points scorers for Bandera. Jordan Edwards and Corinne McMullan also ran for Bandera.
The JV girls finished mid-pack in 31st place, which isnt bad as the 52 team, all-run field of 608 runners, had schools from 1A to 6A entered.
Bandera's Bietzel Gonzales was the top finisher for the team in 145th with Mallorie Powell close behind in 158th. She was  followed by Danielle Gonzalez in 169th with Madison Gillapsie and Ashley Grodman placing 202nd and 218th respectively, to round out the points scorers.
Ana Guajardo, Caitlin Watson, Mia Ramirez, Emily Garcia, Noellia Guevarra and Gracie Wilson also competed for Bandera.
The Bulldog varsity boys had a 12th place finish in a field of 19 teams. Ethan Brown and  Sam Nimmrichter led the way for Bandera followed by Logan Dybowski, Kelly Columbia and Juan Reyna.
The boys JV team, led by Jacob Haas and Josh Short,  finished 41st out of 59 teams in the all-run, 724 entrant field. Cody Jureczki was the team's third points scorer with Robert Valle and Sage Wiltse scoring as well.
Reese Mazurek was the teams number six runner.
McNeil Invitational at Old Settlers Park
Varsity Girls 3200m
181 entrants
Top Five teams: 1, Argyle, 107, 2, Alvarado, 117, 3, Liberty Hill, 122, 4, Dallas Ursuline Academy, 138, 5, Celina, 143