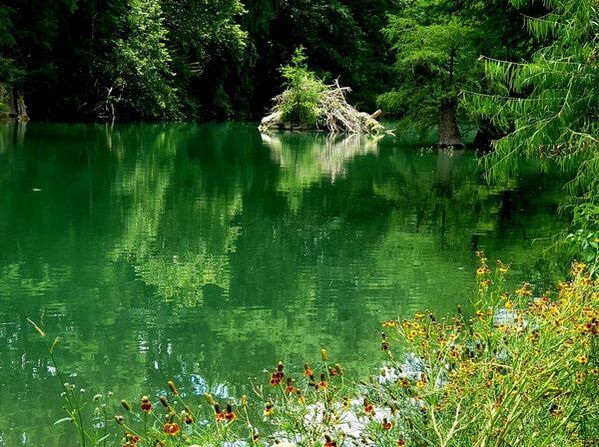 So you think I have a strong Texas accent? You wouldn't be the first person to point that out to me. I've traveled a bit around this old world and it has been pointed out quite often during my travels. I was stationed in New Jersey while serving in the U.S.Army and it took me a while to understand those people. I listen as slow as I talk and boy, were they fast talkers. But let me tell you that's where I learned what a real sub sandwich is and we have nothing down here that even comes close in comparison.
I even made it to New York City a few times where folks were too busy to stop and chat so as far as they knew I would have spoken Chinese to them. Not sure what all the fuss is about in the Big Apple. We drove through Greenwhich Village one evening and there was a cop riding a horse. Finally I found something I could relate to in the big city. This was back in the time of the hippie movement and it was on full display. I was tempted to ask that cop if he had ever been to Bandera. You just never know.
I wonder if the Polish tourists detect a Texas accent if some of our locals try out the language of my ancestors on our visitors? My granddaddy Kindla and great uncle Phil Kindla sometimes spoke in Polish around us kids but never offered to tell us what they were saying or to teach us other than a few words. I figured out long ago that we should be careful when using those few words we picked up back then. It was something along the line of the Martinez boys trying to teach me and brother Eddie some Spanish.
When it came to carny talk like pig latin or double dutch I did pretty good thanks to Grunty and Johnny Richards. I'm thinking I might pass it on to my grandkids. Better yet, my great grandkids.
I spent a good bit of my military service in Germany around some of the German workforce employed by our military. I didn't pick up too much of the language because they all spoke English. "Noch ein Bier bitte" was the first thing I learned as well as most often used.
I quite often come in contact with visitors who come to Bandera from around the world as I walk the streets. I have learned a universal language that is readily understood by everyone. A smile along with a "Howdy" always gets me a smile in return as I go about my Growing Up In Bandera life.

#197    2019
The Bandera Prophet is grounded on the premise that relevant news delivery is ever-evolving. Founded by newspaper veterans, the Prophet delivers up-to-date information by writers and photographers who combined have 50-plus years of experience in the field and newsroom. Always free to readers, the Prophet is published on multiple platforms, and shared within the online community to more than 150,000 people. No paywalls and no paid subscriptions make news and feature stories immediately available with one click of a button or one swipe on a keypad.
​
All content copyright property of The Bandera Prophet