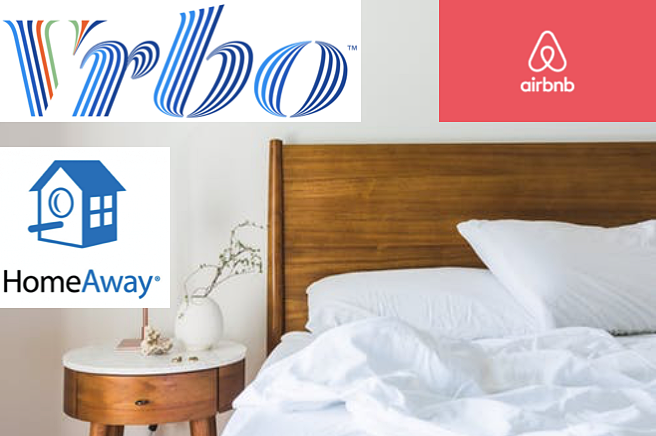 The Airbnb phenomenon began as an online marketplace for homeowners to advertise rooms to rent overnight as an alternative to the traditional hotel stay. What started for many as a means to collect a little extra income in the wake of empty nesting rapidly evolved into a thriving business for homeowners. So thriving, that cities across the nation are struggling now to recover lost hotel and motel occupancy taxes to the virtual bed and breakfasts hidden in their communities.
Bandera City and County officials are grappling to play catchup with the plethora of Airbnb properties and short-term rentals that remain cloaked online. County Tax Assessor and Collector Gwenda Tshirhart said when her staff has time, they search the internet for local addresses that advertise short-term rentals. When one is found, the property owner’s name is submitted to the county attorney and an account is set up to collect sales tax from their personal business.
County Judge Richard Evans said short-term rentals are not required by the Texas Legislature to report to counties. Reservation groups submit a grand total to the state, but they do not have to itemize what comes from where, so local governments don’t know who they're reporting for.
Recently, the city discussed the dilemma. Council Member Lynn Palmer said council did a study on short-term rentals in 2017, when about nine properties were known. She said after staff researched travel website companies VRBO (Vacation Rentals By Owner), Home Away and Airbnb, 41 properties in the city were discovered. Now, the total is unknown.
“I want to see something punitive done,” Mayor Suzanne Schauman said, adding she wanted to hold a workshop to discuss requiring Certificates of Occupancy, permit applications, inspections, public welfare and zoning. “There is a lot to cover."
Council Member Glenn Clark said he has pushing toward regulatory changes and ordinance review in response to the growing number of Airbnbs in the city.
“The ordinance reads that family can live in a house as a single dwelling or a B&B. You can’t have both,” Clark said. "We need to have public hearings.”
Council Member Rebeca Gibson said she liked the idea of issuing licenses for short-term rentals, which could lead to collecting Hotel Occupancy Taxes.
Other destination cities like Boerne, San Antonio, Corpus Christi, South Padre, Waco, Fredericksburg, New Braunfels and Port Aransas are tackling zoning ordinances, permitting and licensing as well, some going as far as utilizing programs that identify local addresses that advertise online.
“We could collect $100,000 or more if they would pay,” Bandera County Commissioner Jordan Rutherford said. “They owe it to us."​