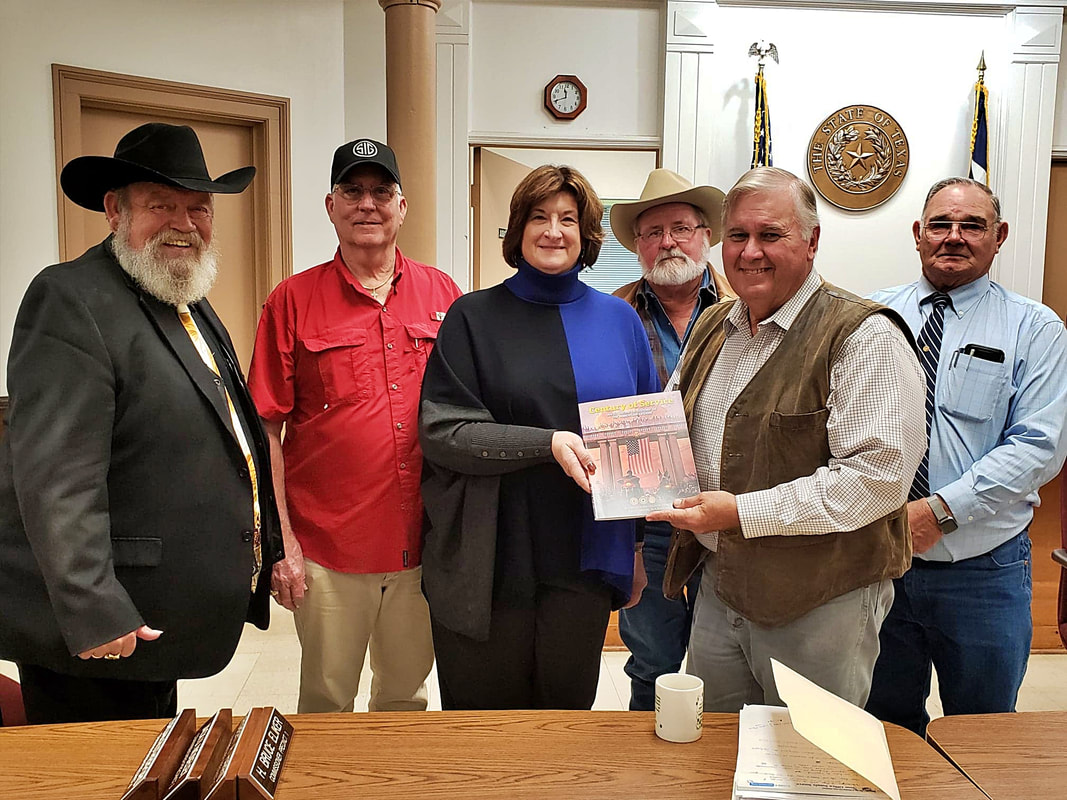 In commemoration of its centennial year, American Legion Post 157 Adjutant Susan Junker presented Bandera County commissioners an illustrated history of the American Legion.
Speaking on behalf of American Legion Posts 157 in Bandera and 410 in Lakehills, Junker publicly thanked the court and the public for participating in last week’s Veteran’s Day events.
“Your presence was front and center,” Junker told commissioners yesterday morning.
The American Legion was chartered in 1919 by Congress as a patriotic veterans group. Today, it is one of the biggest non-profit organizations in the country.
“I was very under informed about what [the American Legion has] done through the years,” County Judge Richard Evans said regarding the history of the organization. “It’s amazing what’s happened. We appreciate what you’ve done for us.”
“Century of Service: An Illustrated History of The American Legion” is 124 pages of never-before-published photographs take readers “filled with voices, images and reflections about what would become the nation’s largest and most influential veterans service organization.”