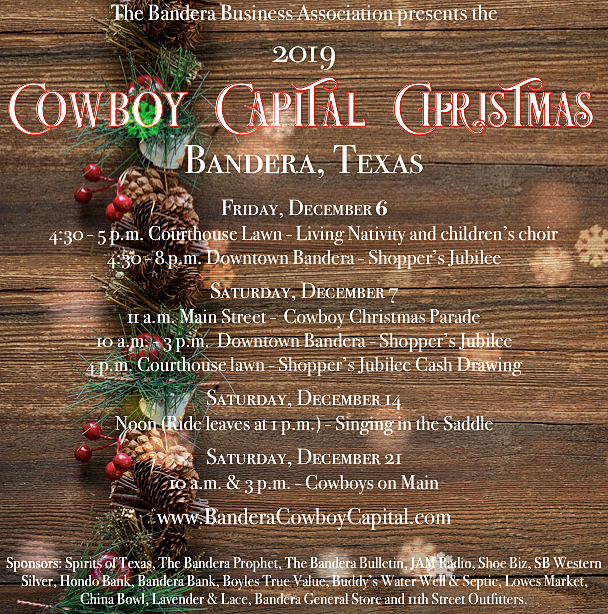 Lady Bulldogs are honored for performances in both academics and running

The Bandera Lady Bulldogs varsity cross-country team has received numerous accolades for their performance in the classroom and on the course from various coaching associations after their sixth place performance at the 2019 UIL State Meet in Round Rock.
To be named to the Texas Girls Coaches Association  (TGCA) Academic All-State Team, seniors must be in good standing on the team while maintaining a cumulative grade point average of 94 or higher.
Lady Bulldogs, Jordan Edwards, Corinne McMullan, and Caitlyn Thrasher were named to this team.
The TGCA committee also awards 20 spots to individual 1A-4A girls on their Legacy All-Star Team and Edwards, McMullan, and Thrasher were named to this team, as well.
The TGCA also votes on an All-State Team with the following Lady Bulldogs making the squad, Raelynn Butler, Morgan Cole, Hannah Edwards and Elexis Pearson.
The Cross Country Coaches Association of Texas (CCCAT) has different qualifications for their Academic All-State Team. They require a senior be in good standing, have a 94 cumulative grade point average and be of good moral character.
Five of the Lady Bulldogs, Edwards, McMullan, Thrasher, Anna Guajardo and Caitlin Watson, were included on the 2019 team.
Sophomore, Morgan Cole, also earned a spot on the CCCAT All-State Team.
Honorees named to the Texas High School Coaches Association (THSCA) Academic All-State Team require a cumulative grade point average of 92, good standing on the team and to be of good moral character.
Edwards and McMullan were named to the First Team Academic All-State roster with Thrasher and  Watson making the Second Team Academic All-State squad and Guajardo was the sole recipient from Bandera named to the Honorable Mention Academic All-State Team.
"These awesome and deserving awards are an example of the girl’s hard work, commitment and dedication to the cross-country program, to their teammates, but also to their classwork and academics. Each and every single one of these girls are involved in numerous activities across the Bandera ISD school district including band, volleyball, tennis, basketball, soccer, powerlifting, track, NHS, Ag, Young Life and Blue Hearts, to name a few,” Head Coach Brooke Ashcraft said. “This is the true spirit of what it means being a part of small town Bandera, and making a world wide impact. I am extremely proud of each and every single one of the young ladies and what they accomplished for the 2019 Cross-Country season.” ​
The Bandera Prophet is grounded on the premise that relevant news delivery is ever-evolving. Founded by newspaper veterans, the Prophet delivers up-to-date information by writers and photographers who combined have 50-plus years of experience in the field and newsroom. Always free to readers, the Prophet is published on multiple platforms, and shared within the online community to more than 150,000 people. No paywalls and no paid subscriptions make news and feature stories immediately available with one click of a button or one swipe on a keypad.
​
All content copyright property of The Bandera Prophet