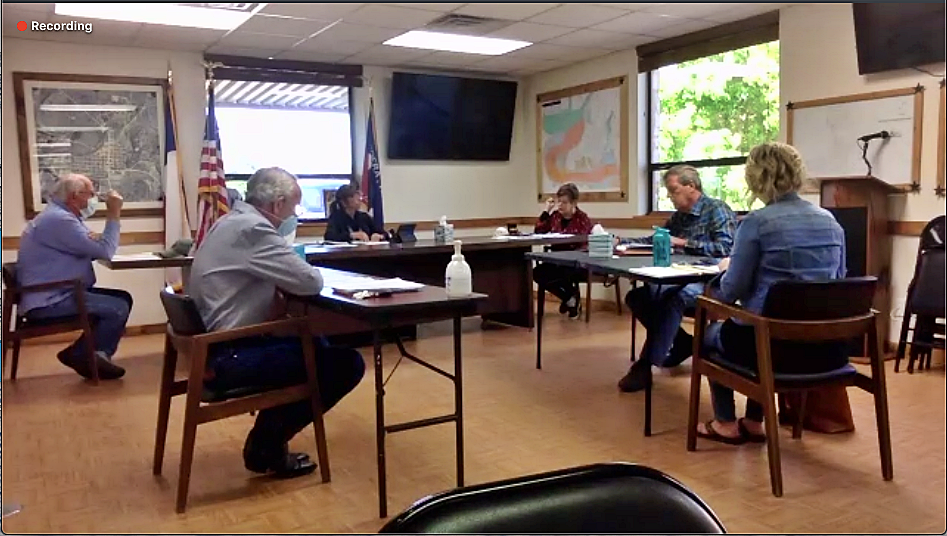 Palmer, Jankoski, Hasty and Correll appointed to BEDC board

In a special meeting and after some debate, Bandera City Council members this morning approved new board members for the Bandera Economic Development Corporation.
Three people applied for the open county seat position and despite a motion to appoint him, former EDC Member and Board President Art Crawford was not reappointed. Councilmember Glenn Clark’s motion to appoint Jerad Wilcox, owner of fourEight Plaques and Customs, also failed in a 2-3 vote, with Council Members Jerry Russe, Don Clark and Lynn Palmer opposed.
Palmer’s motion to reappoint BEDC Board Member Andrea Jankoski carried in a 3-2 vote, with Council Members Rebeca Gibson and Glenn Clark opposed.
New members appointed to the board were Lee Correll and Darcy Hasty, the latter of whom was the only unanimous vote. Palmer was also appointed, with Glenn Clark opposed.
Council members voted to postpone the BEDC $100,000 disaster relief budget amendment, so new members could have a chance to participate in the incentive. BEDC Board President Toni Kunz said the money is available in the budget, and time is of the essence as rent and utilities are due now.
The BEDC requires City Council approval before it can authorize an amendment and approve the relief loans. The next regular City Council meeting is May 7.
“We can have a special meeting if necessary,” Russe said.
Palmer said she agreed with postponing action.
“I think this decision is premature,” Palmer said. “We need to wait until federal and state programs roll out. There needs to be checks and balances of all funds.”
Palmer said the city expects a huge decrease in sales tax revenue, and right now there is no way to predict how that would affect the budget.
Gibson said she also agreed with at least a week-long wait.
“We really do need to see where the money is coming from,” Gibson said.
Kunz said the Small Business Administration is backlogged and local banks have tapped out. Unless more federal moneys are sent, there’s no more money to give out, Kunz said.
“The writing is on the wall,” Kunz said, adding if money comes directly to the BEDC, the board can facilitate a second round of loan or grant distribution. “These people are struggling and they’re not getting any help.”
In other business, council unanimously denied a $10,000 performance grant request from TJ’s at the Old Forge. Kunz said TJ’s was already approved for $18,000, $8,000 of which has been received. She said the money is set to go toward a $75,000 project already underway. ​
The Bandera Prophet is grounded on the premise that relevant news delivery is ever-evolving. Founded by newspaper veterans, the Prophet delivers up-to-date information by writers and photographers who combined have 50-plus years of experience in the field and newsroom. Always free to readers, the Prophet is published on multiple platforms, and shared within the online community to more than 150,000 people. No paywalls and no paid subscriptions make news and feature stories immediately available with one click of a button or one swipe on a keypad.
​
All content copyright property of The Bandera Prophet