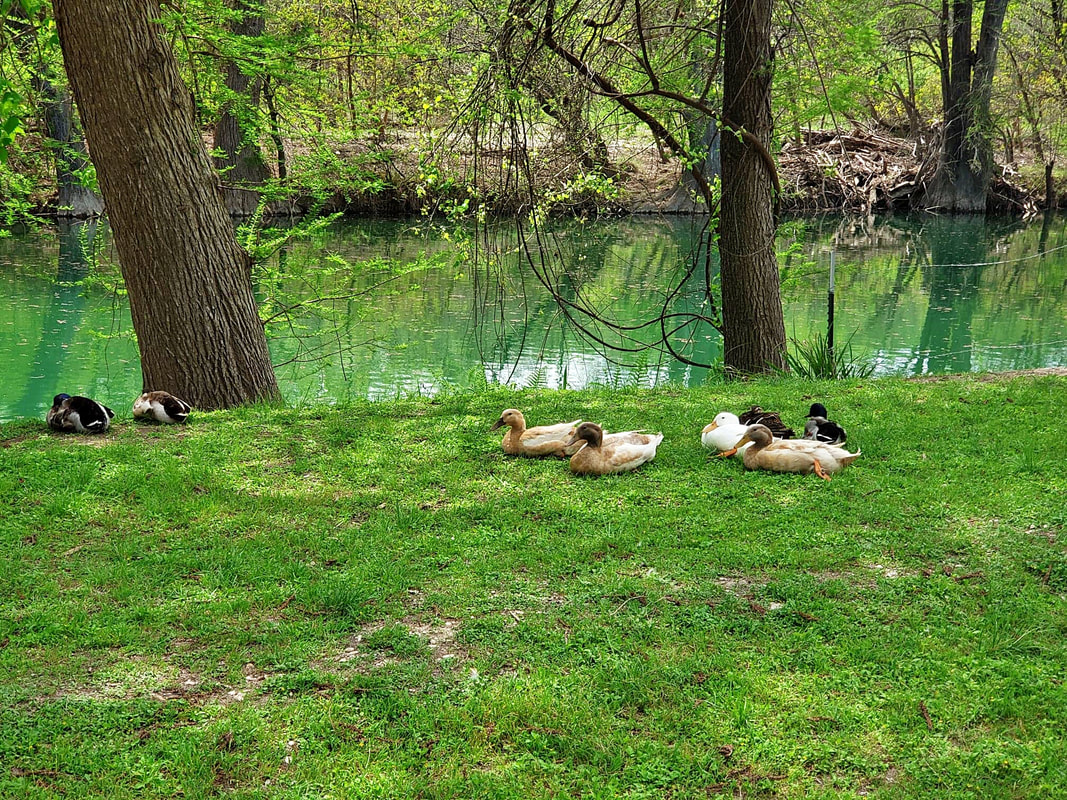 Bandera City Council members unanimously approved reopening Bandera City Park for Mother’s Day weekend. Proving to create more problems than benefits, the idea was good in the beginning, but City Marshal Will Dietrich said it has worn out its welcome.
At the onset of the CoViD-19 widespread closures, the park was restricted to foot traffic only, then shut down completely as numbers of positive cases began to rise. People are still trying to enter the park, Dietrich said, adding he would have had to have three officers on duty to keep people out this weekend.
Further, he said, “people are less likely to clean up after themselves when they have to carry stuff by foot.”
City Administrator J Horry said people are parking and entering at the Boys and Girls Club entrance and littering has become a problem in their parking lot. He also said people are breaking into the bathroom.
“I recommend we open,” Horry said. “Let the people be people. We can’t train them. We can’t go out there and beat them with a stick.”
Horry said Mother’s Day attendance typically peaks at 8,000 to 10,000 people for the day, but that’s on a scheduled weekend that’s typically open. He said he doesn’t expect that much traffic today.
In other business, until they have a better view of how the city will be financially impacted by the mandated business closures, council members have deferred passing a resolution to match funds for the Bandera Economic Development Corporation stimulus relief package.
“I want to help the businesses but the city needs to be able to build the budget for the remaining months of the fiscal year,” Council Member Lynn Palmer said Thursday morning, adding the city is preparing to embark on major infrastructure projects.
Council Member Jerry Russe said Hotel Occupancy Taxes for April were down 63 percent from 2019, according to the state comptroller’s office.
“We won’t have numbers for May until July at the earliest,” Russe said. “We have no idea where revenue is at right now.”
Stating she felt there was council consensus at the last meeting to fund the incentive, Council Member Rebeca Gibson withdrew her motion to authorize the agreement, stating the city has other financial responsibilities and obligations that the BEDC does not.
Russe motioned to postpone the resolution consideration until the second June meeting.
The same day, BEDC board members discussed the relief package, including the ethics of differentiating essential versus non-essential businesses.
“With all the newness in this, it’s impossible to tell you that no one will challenge you,” BEDC Attorney Monte Akers said, regarding the city potentially being accused of discrimination. “I encourage you to be careful with your labeling.”
The only eligibility factor is that the business applying for aid must have collected at least 12 months of sales tax for the city. Non-essential businesses may receive up to $2,500 based on their mortgage or rent, plus utilities, times two. Essential businesses may receive up to $1,000 with the same criteria.
BEDC Board President Toni Kunz said she has received 40 applications.
“I think that’s low,” Kunz said, suggesting board members personally visit businesses that are eligible but have not applied for aid. “I don’t want anybody to be left out.”
Applications are available at City Hall.
The Bandera Prophet is grounded on the premise that relevant news delivery is ever-evolving. Founded by newspaper veterans, the Prophet delivers up-to-date information by writers and photographers who combined have 50-plus years of experience in the field and newsroom. Completely free to readers, the Prophet is published on multiple platforms, and shared within the online community. No paywalls and no paid subscriptions
make news, sports, feature stories and more immediately available with one click of a button or one swipe on a keypad.
All content copyright property of The Bandera Prophet