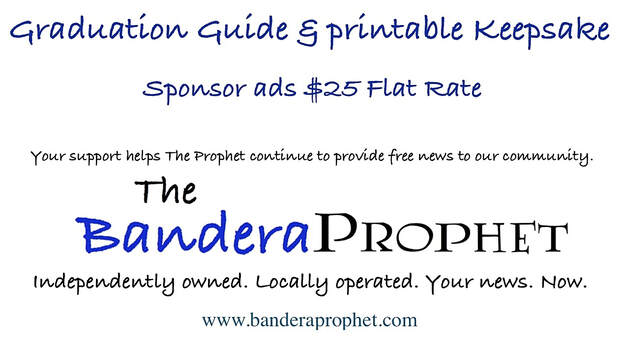 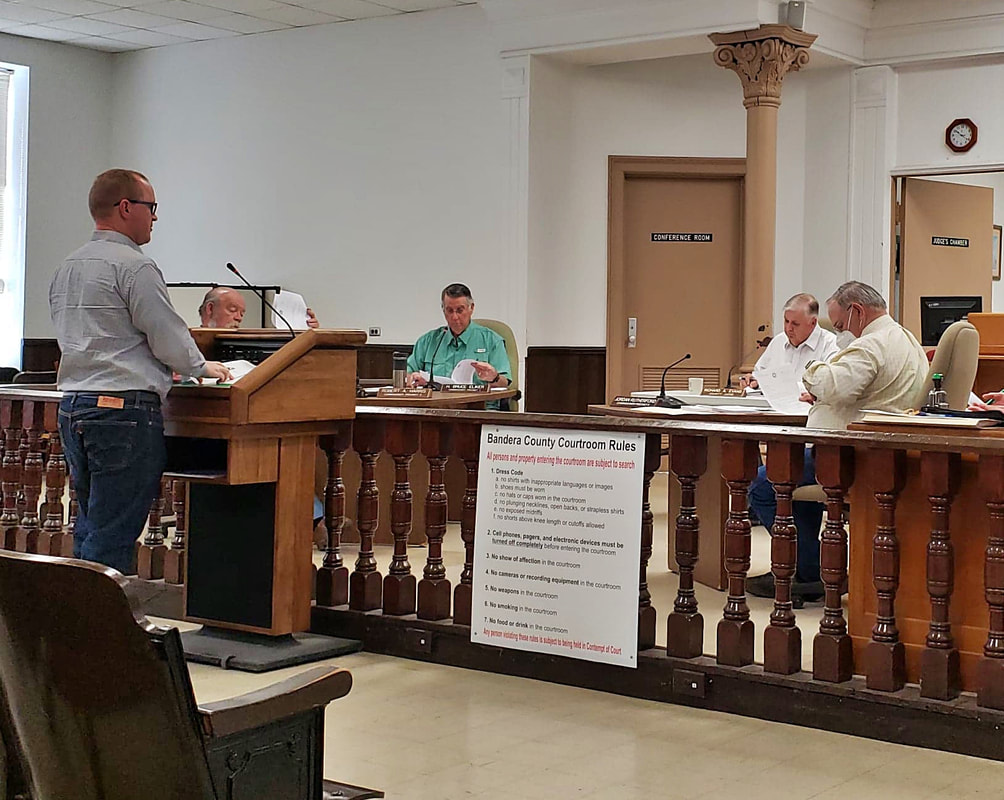 This weekend, amidst CoViD-19 news, discussions and debates, two national days of honor were recognized. On Friday, the flags flew at half-staff in front of the Bandera County Courthouse in tribute to Peace Officer’s Memorial Day. Also beginning Friday, Armed Forces Day weekend began.
Bandera County commissioners unanimously approved last Thursday a resolution recognizing May 15 as Peace Officer’s Memorial Day, in honor of former Bandera County Sheriff Elvis Hicks and Deputy Sheriff Jackson Phillips, both of whom were killed in the line of duty.
“We have never really honored peace officers,” Commissioner Bruce Eliker said, adding the flags have never flown at half-staff in commemoration of Peace Officer’s Memorial Day.
On Oct. 31, 1961, President John F. Kennedy designated May 15 as the day to to pay tribute to law enforcement officers who have made the ultimate sacrifice. It was signed into law a year later, on Oct. 1, 1962.
Citing his research, Eliker said Hicks was ambushed at Mansfield Park on March 21, 1932. The shooter was angry with Hicks for confiscating his whiskey still several months earlier, Eliker said. Phillips, A Confederate Army veteran, was killed Dec. 29, 1876 by a Native American at Hondo Canyon.
“Those guilty were never apprehended,” Eliker said.
Also celebrated every year in May, Armed Forces Day, the third Saturday of May, pays tribute to the men and women of all branches of the military, including the Army, Navy, Marine Corps, Air Force, Coast Guard, National Guard and Reserves. Proclaimed Feb. 27, 1950, by President Harry S. Truman, May 20, 1950 was the first Armed Forces Day.
In other news, commissioners approved rejecting a check for $23,351.53. Issued by the Health Resources Service Administration/Health and Human Services Stimulus Cares Act Relief, the check was sent as part of the CoViD-19 relief package.
EMS Director Calvin Plummer said all patients with respiratory problems or a cough fell under the CoViD umbrella, which would be covered by the relief payment. The problem with that, Plummer said, is the county would have to accept the negotiated rate for emergency services, and would not be allowed to bill patients for out-of-pocket expenses that insurance does not cover, or who have no insurance.
“We would lose way more than $23,000,” Plummer told commissioners. “For the longterm, it is better to reject the payment and continue with bill processing as it is now.” ​
In the public forum, R. Lewis called attention to businesses he felt did not abide by the county’s emergency declaration. Citing an inequality in compliance and enforcement, Lewis said “when one person gets a three-week head start, it’s a health risk and monetary inconsistency.”
Commissioner Bobby Harris said the County Park at Medina Lake has been filled to 50 percent occupancy since it reopened. Harris said the park was filled Saturday by 10 a.m. and Sunday by 11 a.m., for the remainder of the day.
“They came and they did not leave,” Harris said. “They’re not staying home. I’ve got video evidence. They’re at my park.” ​
The Bandera Prophet is grounded on the premise that relevant news delivery is ever-evolving. Founded by newspaper veterans, the Prophet delivers up-to-date information by writers and photographers who combined have 50-plus years of experience in the field and newsroom. Always free to readers, the Prophet is published on multiple platforms, and shared within the online community to more than 150,000 people. No paywalls and no paid subscriptions make news and feature stories immediately available with one click of a button or one swipe on a keypad.
​
All content copyright property of The Bandera Prophet