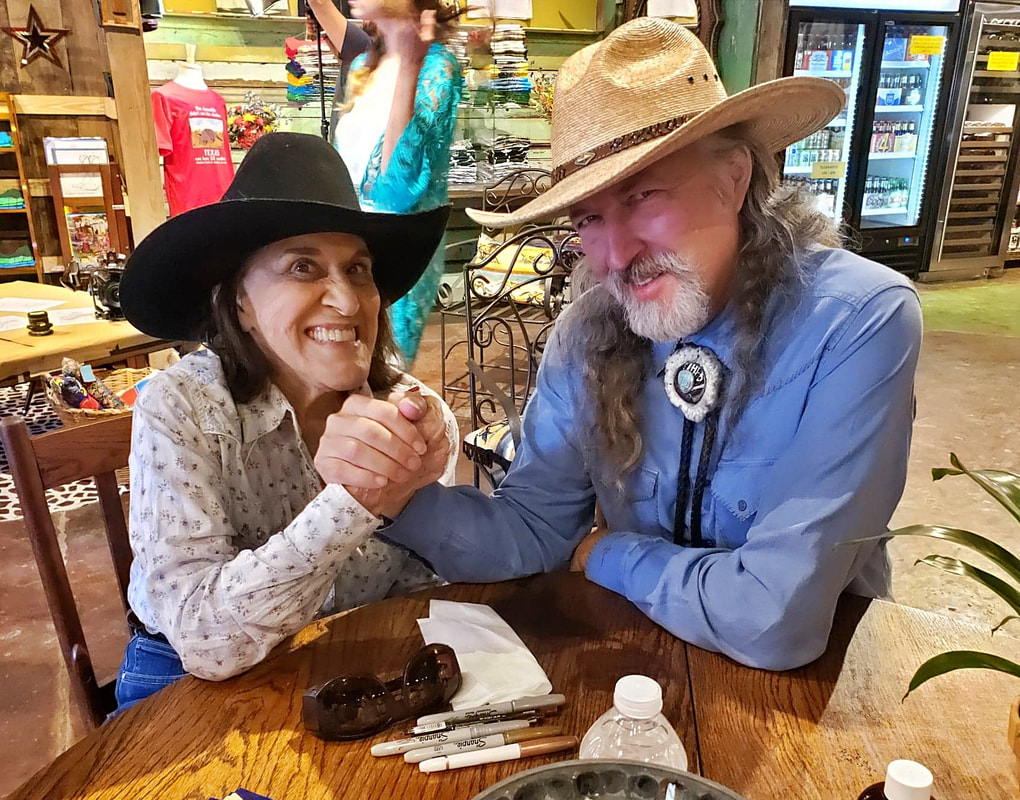 Ruth Buzzi and Jay Pennington share a handshake during the Spirits of Texas anniversary celebration.

Spirits of Texas in Bandera celebrated its one-year anniversary last weekend with Laugh-In personality Ruth Buzzi and the unveiling of Kinky Friedman’s cigar line MIB Cigars, with the man in the black hat himself to introduce them.
Buzzi, an actress, comedienne and singer, starred in Rowan & Martin’s Laugh-In from 1968 to 1973, winning a Golden Globe Award and five Emmy nominations. Donning a cowboy hat, Buzzi took a seat center stage throughout the Spirits of Texas weekend-long event.
In addition to his cigars, Friedman relaunched the Man in Black Tequila, which Spirts of Texas carries in signed bottles, along with hand-carved bottle stoppers made in his likeness. ​ 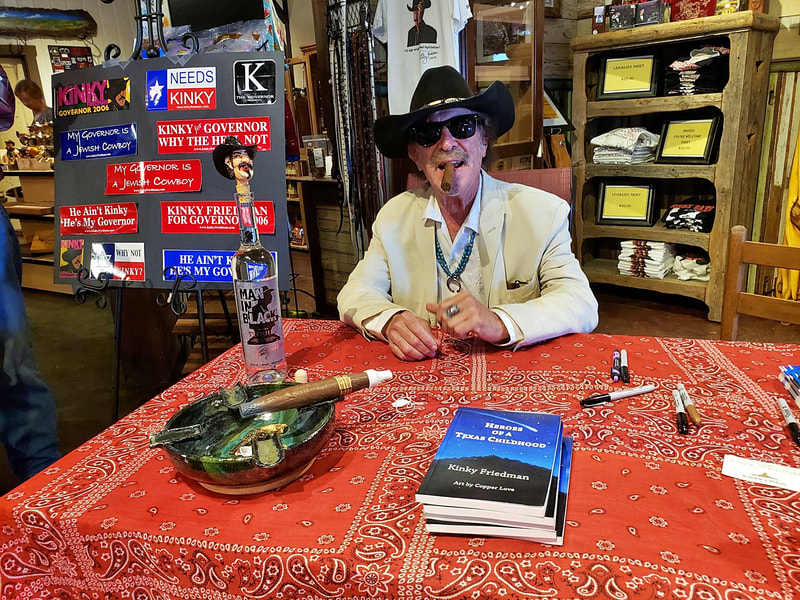 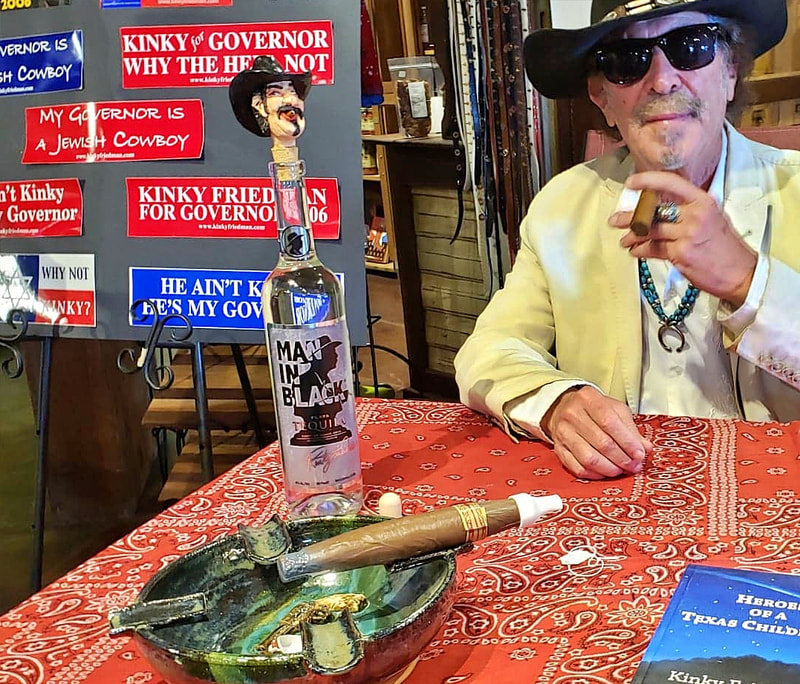 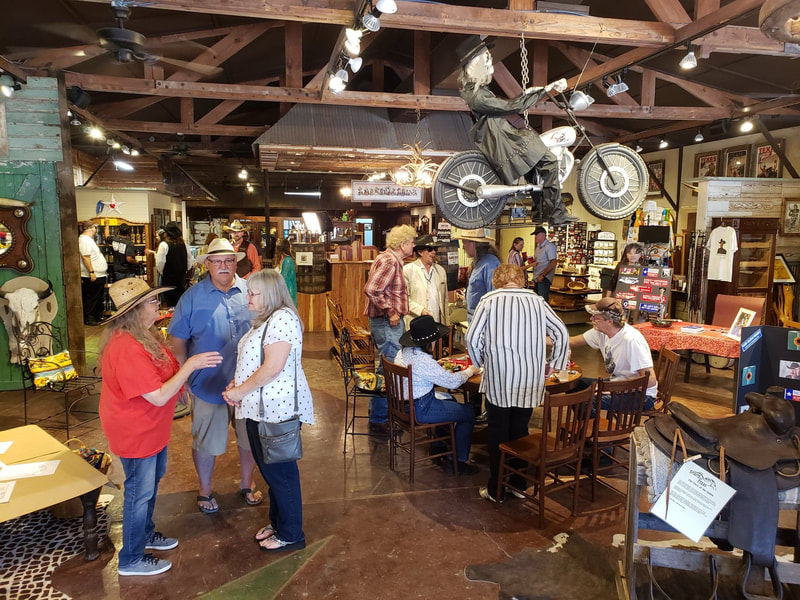 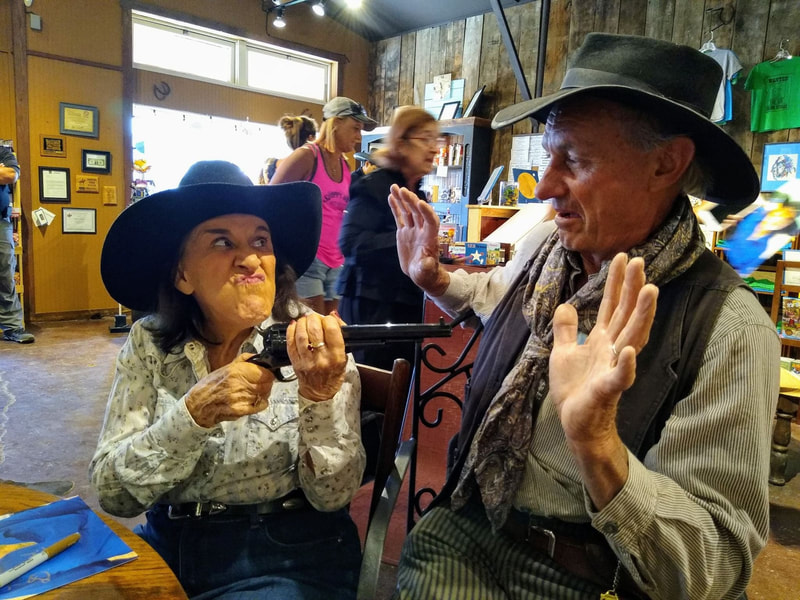