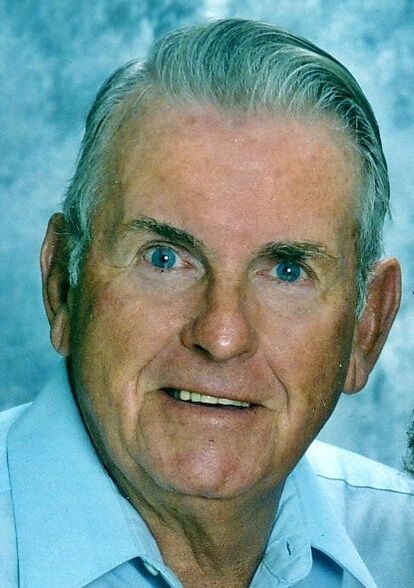 Allen Boyd Reed, of Medina, departed this life on Sept. 16, 2020 at 89 years of age.
Boyd Reed was born on Aug. 1, 1931, in Medina, to Andrew Burnside Reed and Edna Seale Reed. He was preceded in death by his parents; his brothers Burl and JB; as well as his daughter-in-law Lela Joy.
Boyd is a survived by his wife Marie; his sons Allen and wife Rosie, Kenneth and wife Melanie, and Richard and wife Lorraine; six grandchildren and eight great grandchildren. He is also survived by his sisters Anita McMinn and Elva Keeling; and numerous nieces and nephews.
Boyd grew up at the family ranch in Medina graduating from Medina High School in 1948. He served in the U.S. Army and is a veteran of the Korean War. After he returned home, he met his wife Marie and they were married Dec. 10, 1955. They lived and raised a family in San Antonio, Natalia and Hondo before retiring from Kelly AFB and returning to the family ranch in Medina. Boyd enjoyed hunting, fishing, gardening and ranching.
Services honoring his life were held Sept. 18 at Grimes Funeral Home in Bandera. Pallbearers were Jason Reed, Anthony Reed, Ryan Reed, Eyan Huser, Micki Lenhoft and Bob Duke. Honorary Pallbearers were L.D Moore, Mel Goldman and Bob Reese.