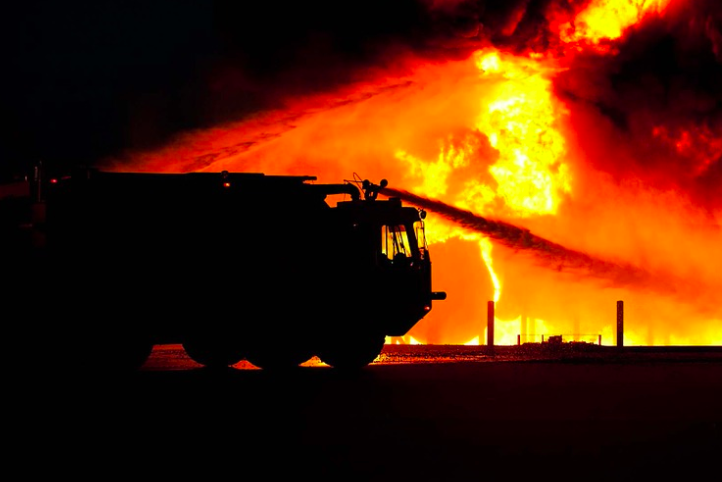 Tragedy struck Sunday night when a Bandera man became trapped in his home after it caught on fire. Bandera County Fire Marshal John Stith said two people, a husband and wife whose identities are not being released, were in the house when the fire was reported at about 11 p.m. Sunday. The man’s body was found Monday morning.
Stith said the woman escaped their burning home, in the 3000 block of English Hollow, by climbing to the ground from the second floor balcony.
“It’s possible her husband got disoriented, and he just couldn’t figure out which way to get out,” Stith said.
When emergency workers arrived, Stith said the structure was fully engulfed and it was impossible to enter.
“It was a very, very big fire,” Stith said, adding multiple fire departments responded.
The cause of the fire is still under investigation, however Stith said a possible source was a heat lamp set outside for the dogs. He said he contacted the American Red Cross and they are providing assistance.
The Bandera Prophet is grounded on the premise that relevant news delivery is ever-evolving. Founded by newspaper veterans, the Prophet delivers up-to-date information by writers and photographers who combined have 50-plus years of experience in the field and newsroom. Always free to readers, the Prophet is published on multiple platforms, and shared within the online community to more than 150,000 people. No paywalls and no paid subscriptions make news and feature stories immediately available with one click of a button or one swipe on a keypad.
​
All content copyright property of The Bandera Prophet