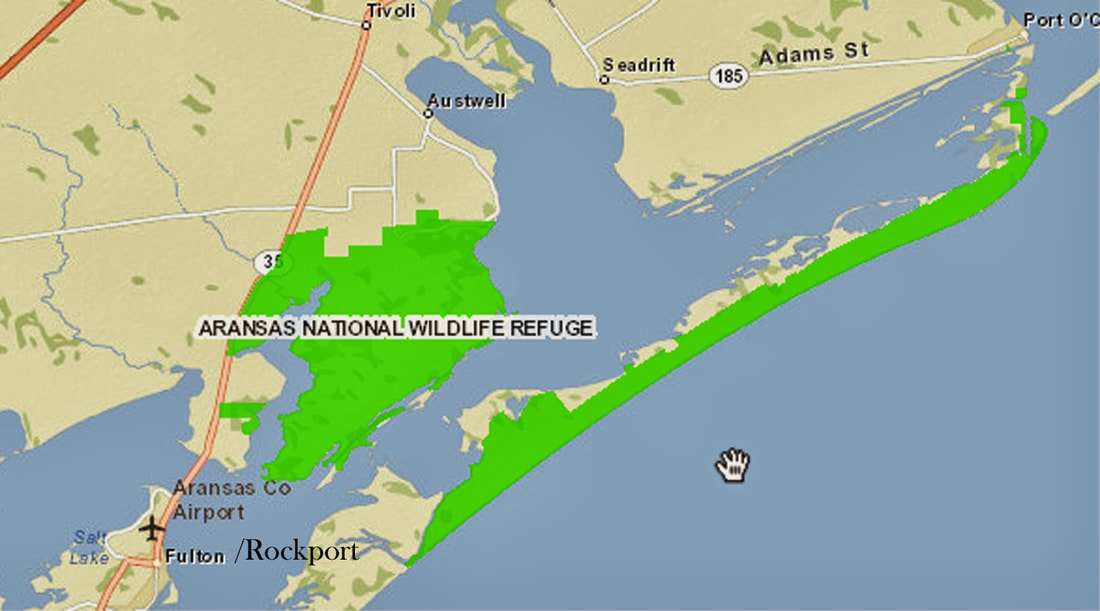 By Bandera Spirits of Texas
Contributed

Eighty four years and three days ago, on Dec. 31 1937, the Aransas National Wildlife Refuge was established. The refuge was sited on more than 47,000 acres on Blackjack Peninsula, located midway between Rockport and Port Lavaca on the Gulf Coast, purchased by the federal government with money raised by selling stamps of migratory birds.
Later purchases increased the area of the refuge to more than 54,000 acres on the peninsula and more than 56,000 acres on Matagorda Island. Historically, Karankawa, Tonkawa, and other native groups wandered the saltwater marshes and coastal grasslands of the region. Legends abound that the pirate Jean Laffite buried treasure there.
Today the most famous inhabitants of the refuge are the endangered whooping cranes, who with other migratory fowl winter at the refuge. Deer, javelina, alligators, and other animals are also inhabitants. Visitors can learn about the history and ecology of the region at the Wildlife Interpretive Center, and the refuge offers a car tour route, walking trails, a boardwalk and tower for wildlife observation.