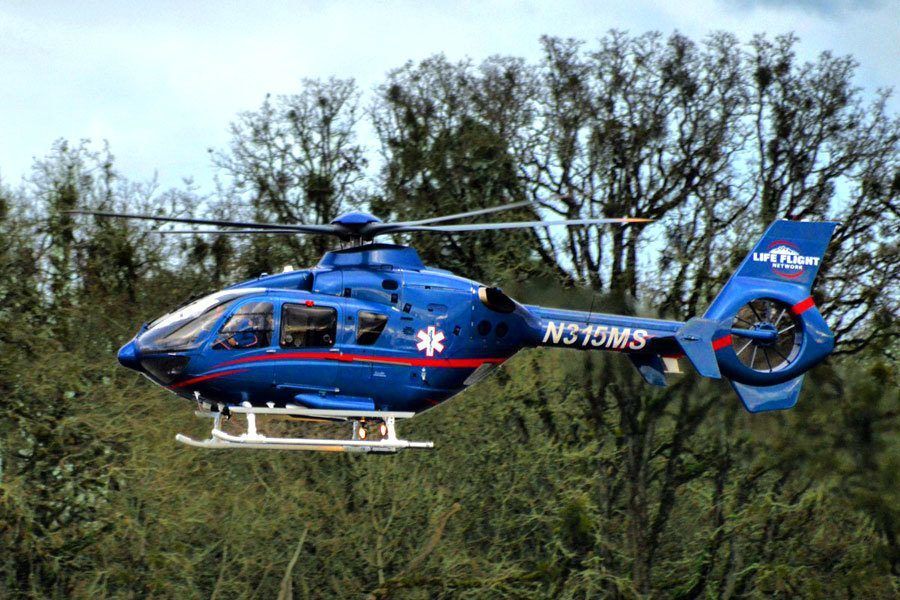 A 58-year-old man is recovering after he was hit by a car on Saturday while walking across Main Street. The man, visiting Bandera from Grand Prairie, is in the hospital with a broken leg and other serious injuries.
According to City of Bandera Marshal Will Dietrich, the man was walking on the sidewalk at around 9:17 p.m. when he crossed Main Street between Cedar and Hackberry Streets. He was hit by an oncoming car heading toward the traffic light.
“The first contributor was that he was under the influence. The second contributor was that he did not yield right-of-way…he did not use the crosswalk,” Dietrich said.
Dietrich said the driver, a 59-year-old male from Bandera, took a sobriety test and it was determined he was not under the influence. He was estimated to have been driving around 15 to 20 mph.
Lifeflight transported the man who was hit to the San Antonio Military Medical Center with serious injuries, including head trauma. According to family, Dietrich said he is expected to recover.
The Bandera Prophet is grounded on the premise that relevant news delivery is ever-evolving. Founded by newspaper veterans, the Prophet delivers up-to-date information by writers and photographers who combined have 50-plus years of experience in the field and newsroom. Always free to readers, the Prophet is published on multiple platforms, and shared within the online community to more than 150,000 people. No paywalls and no paid subscriptions make news and feature stories immediately available with one click of a button or one swipe on a keypad.
​
All content copyright property of The Bandera Prophet