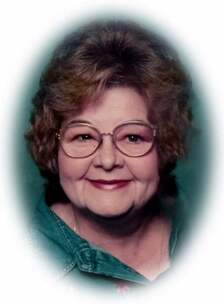 On May 22, 2021, Geraldine (Geri) Joyce Rypple passed away at the age of 73 at her home in Bandera. Geri was born on June 2, 1947 in Nixon to Harvey Kalison Alderman and Velma Louise (Walpole) Alderman. She was the oldest of four children.
Geri was born in Nixon and grew up in Stockdale, where she graduated from Stockdale High School. She married the love of her life, Charles (Chuck) Arthur Rypple on April 28, 1967, and just recently celebrated their 54th year together. Geri and Chuck made their home in California, Tennessee, Virginia and Texas while Chuck served in the U.S. Navy.  They settled in Bishop from 1980 to 2007, after which they retired and moved to Bandera.
During her life, Geri had many different passions and careers. While growing up in Stockdale she worked at the local drugstore, dairy and nursing home. After high school she began working at SW Bell in Seguin when she and Chuck first met. After years of the traveling Navy life, Geri made roots in Bishop where she served as a substitute teacher, Tupperware area sales manager, nursing home caregiver, Dotty the Clown, and mayor and municipal judge of Bishop from 2001-2007. She was a wife, mother, grandmother, great-grandmother, sister, aunt, and a friend to so many that she met over the years.
Geri is survived by her husband Chuck Rypple; sons Artie Rypple and his wife Laura, and Eric Rypple; grandchildren Caleb, Ethan, Aaron and Vivian Rypple; great-granddaughter Ellie Rypple; brothers Dennis Alderman and his wife Dianne, and Terry Alderman; and numerous nieces and nephews.
She was preceded in death by her parents Harvey and Velma Alderman; and brother Mike Alderman.
A memorial service will be held on Saturday, May 29, at Marcelina Baptist Church in Floresville at 2 p.m.
The Bandera Prophet is grounded on the premise that relevant news delivery is ever-evolving. Founded by newspaper veterans, the Prophet delivers up-to-date information by writers and photographers who combined have 50-plus years of experience in the field and newsroom. Always free to readers, the Prophet is published on multiple platforms, and shared within the online community to more than 150,000 people. No paywalls and no paid subscriptions make news and feature stories immediately available with one click of a button or one swipe on a keypad.
​
All content copyright property of The Bandera Prophet