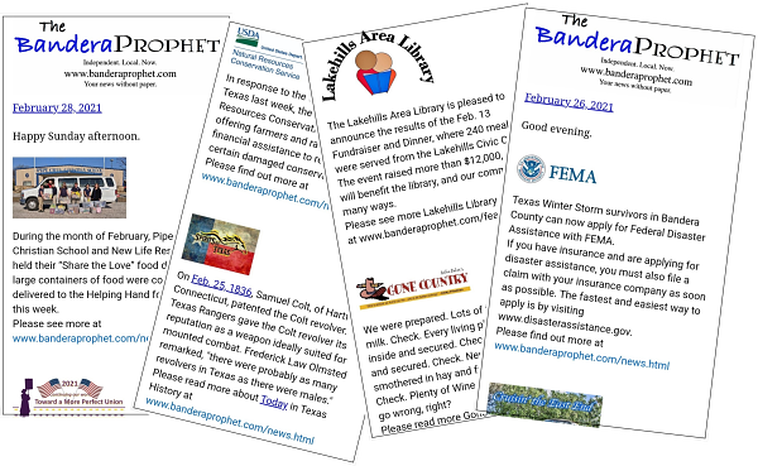 On this day in 1863, Hood's Texas Brigade became a major participant in the battle of Gettysburg.
The brigade had been organized in 1861 in Richmond, Virginia. It was composed of the First, Fourth and Fifth Texas Infantry regiments, the only Texas troops to fight in the Eastern Theater. Col. John Bell Hood had been commander of the Fourth.
On July 2, 1863, the brigade led the assault at Devils Den and Little Round Top, the crucial action of the second day of the battle. A soldier of the First Texas called the assault on Devil's Den "one of the wildest, fiercest struggles of the war."
After routing the Union forces at the Devil's Den, however, the brigade was unable to capture Little Round Top. A 35-foot monument to the men of Hood's Texas Brigade stands on the south drive of the Capitol in Austin.
The Bandera Prophet is grounded on the premise that relevant news delivery is ever-evolving. Founded by newspaper veterans, the Prophet delivers up-to-date information by writers and photographers who combined have 50-plus years of experience in the field and newsroom. Always free to readers, the Prophet is published on multiple platforms, and shared within the online community to more than 150,000 people. No paywalls and no paid subscriptions make news and feature stories immediately available with one click of a button or one swipe on a keypad.
​
All content copyright property of The Bandera Prophet