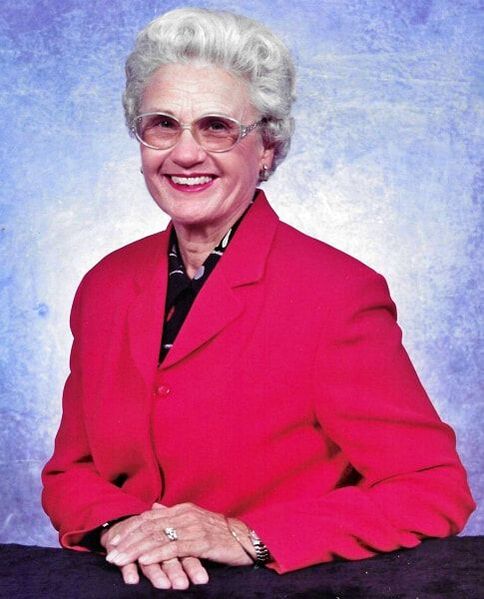 Barbara Lynn Mazurek, 84, of Utopia, passed away on July 26, 2021. She was born in Bandera, to Bob and Ruth Mansfield on Aug. 26, 1936.
She went to school in Bandera and graduated from Texas Women’s University in 1957, with a Bachelors in Education. She worked in Odessa for two years, teaching History and English while coaching volleyball, basketball, track and cross country.  She then returned home to marry Hubert Hicks Mazurek on June 13, 1959. She continued teaching and coaching in Bandera until her retirement in 1995.
Barbara is preceded in death by her parents Bob and Ruth Mansfield, and by her husband Hubert Mazurek.
Barbara is survived by her children Robert and Dee Anne Mazurek, Raegan and Julie Mazurek and Ruth Butler; her four grandchildren Reilly and Raelynn Butler, Reese and Rien Mazurek; sisters Shelby Bennett of Georgetown, and Mary Jo Costello and husband Jim of Garland. She is also survived by numerous nieces and nephews.
Visitation was held 5-7 p.m., on Friday, July 30, at Grimes Funeral Home. Funeral services will be held at 10 a.m., on Saturday, July 31, at Grimes Funeral Home. Burial will follow at Bandera Cemetery.
Pallbearers will be Reilly Butler, Reese Mazurek, Rien Mazurek, John David Cox, Hague Dunlap and Jim Mangold.
Memorials may be given to Bandera County Jr. Livestock Show Association, PO Box 187, Bandera TX 78003.
The Bandera Prophet is grounded on the premise that relevant news delivery is ever-evolving. Founded by newspaper veterans, the Prophet delivers up-to-date information by writers and photographers who combined have 50-plus years of experience in the field and newsroom. Always free to readers, the Prophet is published on multiple platforms, and shared within the online community to more than 150,000 people. No paywalls and no paid subscriptions make news and feature stories immediately available with one click of a button or one swipe on a keypad.
​
All content copyright property of The Bandera Prophet