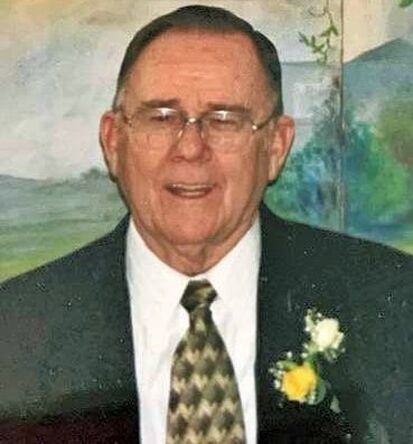 George Earl Keelin Jr., age 88, went to be with his Lord on July 29, 2021 at his home in Utopia. He was born Nov. 12, 1932, in Houston, and lived his early life there, graduating from Reagan High School. He married his lifelong mate, Patsy Gwen Woodward, in 1952.
George served in the Navy Reserve with honorable discharge in April 1959. He worked as a skilled electrician for many years, before attending Bear Valley School of Preaching in 1974 and becoming a preacher of the gospel. He served churches in San Manuel, Goodyear, and Lake Havasu City, Ariz., San Antonio, Utopia and Camp Wood for almost 45 years. In those years of ministry and service, he made a positive impact and touched many people's lives. He was sought after for wise counsel. Kindness and generosity were hallmarks of his life.
He is survived by his loving wife of 69 years Patsy Keelin; three children: George H. (Tammy) of Utopia, Karen Pritchett (Roger) of Sherwood, Ariz., and Michael (Sheila) of Fayetteville, Ariz.; six grandchildren: Melissa Looper (Jeff) of Utopia, David Pritchett, Kristy Beamon (Blake), Julie Pritchett, Sarah Skaggs, Hannah Keelin; five great-grandchildren: Kyle and Kayla Looper, Cole and Ty Beamon, Sabian Skaggs; one sister: Molly Steel (Ron) of Wimberley; and many nieces and nephews.
He was preceded in death by his parents George Earl Sr. and Ruth Lavern Feezell Keelin; two brothers: James and Robert; and one sister: Rosemary Dearing.
The funeral will be held at the Church of Christ, Main Street, Utopia, on Wednesday, Aug. 4, at noon. Visitation will be from 11 a.m. to noon. Minister Robert Garrett will officiate, with burial at the nearby Waresville Cemetery, Hwy 187 South, Utopia.
The Bandera Prophet is grounded on the premise that relevant news delivery is ever-evolving. Founded by newspaper veterans, the Prophet delivers up-to-date information by writers and photographers who combined have 50-plus years of experience in the field and newsroom. Always free to readers, the Prophet is published on multiple platforms, and shared within the online community to more than 150,000 people. No paywalls and no paid subscriptions make news and feature stories immediately available with one click of a button or one swipe on a keypad.
​
All content copyright property of The Bandera Prophet