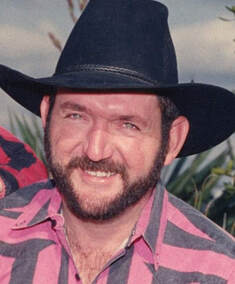 Charles Howard Stricker, 62, of Bandera, passed away on Aug. 25, 2021, in Kerrville. He was born in San Antonio, to Adolph Julius Stricker and Harriett Inez Buck on Aug. 9, 1959.
Born to loving parents, Charles was the youngest of 14 children. As the story goes, “Husky Lusky No. 14” ran in the newspaper the morning after he was born, letting his older siblings know that the newest member of the family had arrived.
Charles was raised in Bandera, was a proud member of the FFA and graduated in the Bandera High School Class of 1978. He then studied at Texas State Technical Institute in Waco from 1977 to 1980. Charles took an interest in welding at the age of 3, when he picked up a welding stinger in the shop while his dad went to answer the phone. He became a talented craftsman and welder and ran the family welding and supply business on 13th Street for many years. He took pride in repairing things to a state better than new.
Charles rarely went anywhere without running into someone he knew and would have given the shirt off his back to anyone who needed it. He could talk to anyone and was known for his story-telling and dancing.
Charles was a devoted father who loved his four children dearly. He never missed a game or practice, and enjoyed taking his kids hunting and fishing.
Charles loved raising labrador retrievers and training them to do tricks such as climbing ladders and opening toolboxes. He could often be found driving around Bandera in a golf cart with his “grand-dog” Ruger in the passenger seat.
Charles is preceded in death by his parents Adolph and Harriett; five siblings: Annie Katherine Ellis, Preston Mathias (infant), Alice May (infant), Linden Rhea and Walter Edward.
He is survived by his four children: Clayton Howard, Cassandra Ann, Cody Charles and Curtis James; eight siblings: Adolph Julius, Jr. (Tara), Rose Mary Parker, Harriett Inez Timmons (Bruce), Laura Jane Pichot (Dennis, deceased), William Lee (Billie, deceased), Deborah Fay Sutton (James), Janet Gaye Evans (Mike) and Lou Ellen Varner (Donald); and many nieces and nephews.
A memorial for Charles will be held at a later date. The family invites you to send condolences and share stories about Charles at www.grimesfuneralchapels.com.
The Bandera Prophet is grounded on the premise that relevant news delivery is ever-evolving. Founded by newspaper veterans, the Prophet delivers up-to-date information by writers and photographers who combined have 50-plus years of experience in the field and newsroom. Completely free to readers, the Prophet is published on multiple platforms, and shared within the online community. No paywalls and no paid subscriptions
make news, sports, feature stories and more immediately available with one click of a button or one swipe on a keypad.
All content copyright property of The Bandera Prophet