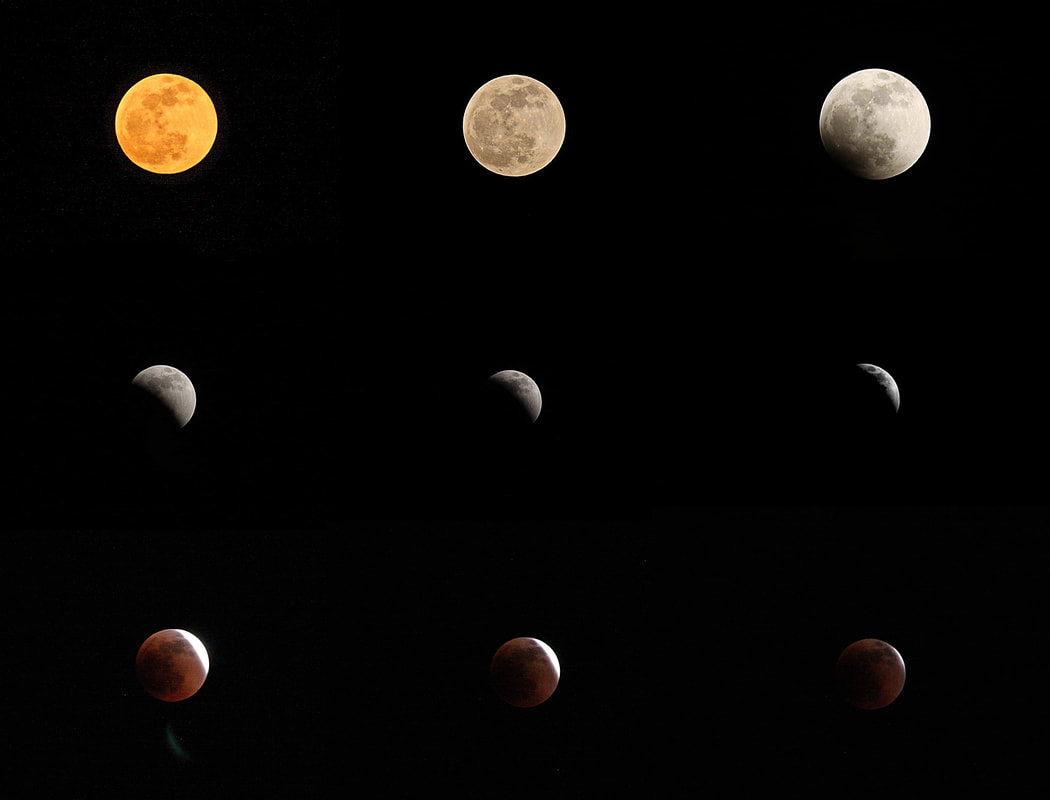 Sunday night's Super Blood Moon was as spectacular as expected.
Touted as the longest prime-time total lunar eclipse this century, the event was visible across most of the state.
Called the Super Blood Moon because of its reddish hue, the phenomenon occured because some sunlight reached the lunar surface via the Earth’s atmosphere, allowing red wavelengths to filter through.
The collage was shot from 8:38 p.m. to 10:36 p.m.
The next total lunar eclipse will occur Nov. 7-8, and be visible from North America, Asia, North/Eastern Europe, Australia and much of South America.
The Bandera Prophet is grounded on the premise that relevant news delivery is ever-evolving. Founded by newspaper veterans, the Prophet delivers up-to-date information by writers and photographers who combined have 50-plus years of experience in the field and newsroom. Completely free to readers, the Prophet is published on multiple platforms, and shared within the online community. No paywalls and no paid subscriptions
make news, sports, feature stories and more immediately available with one click of a button or one swipe on a keypad.
All content copyright property of The Bandera Prophet