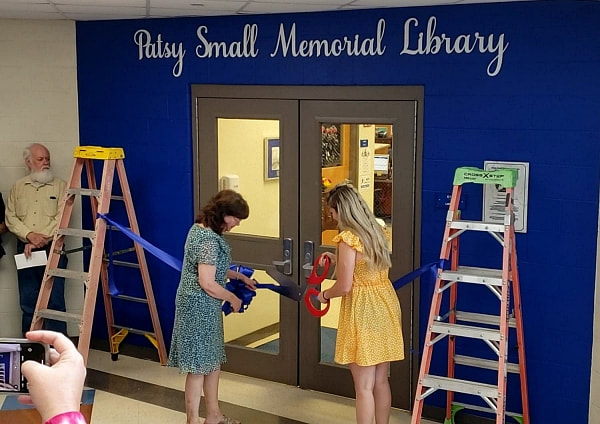 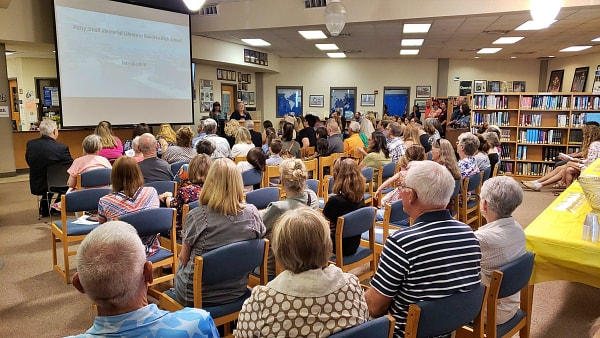 Today, the Bandera High School library was officially renamed the Patsy Small Memorial Library, in honor of Patsy Small, who served the district as librarian for 26 years.
Earlier this month, the Bandera ISD board of trustees unanimously approved the change at the behest of BHS Librarian Regina Johnston, who proposed the name change in April.
“The BHS library is the most well-designed and most beautiful library I personally have ever worked in,” Johnston said. “Every single person that I spoke to was in favor of dedicating and renaming the BHS library to the Patsy Small Memorial Library at Bandera High School, and there were too many to list.”
Small died in 2011 after battling cancer.
“I wholeheartedly support this...what a wonderful way to commemorate the legacy of Patsy Small who served as our librarian from 1985 until 2011,” Bandera ISD Superintendent Gary Bitzkie said, who during the ceremony, called Small a Bandera ISD legend.
The Bandera Prophet is grounded on the premise that relevant news delivery is ever-evolving. Founded by newspaper veterans, the Prophet delivers up-to-date information by writers and photographers who combined have 50-plus years of experience in the field and newsroom. Always free to readers, the Prophet is published on multiple platforms, and shared within the online community to more than 150,000 people. No paywalls and no paid subscriptions make news and feature stories immediately available with one click of a button or one swipe on a keypad.
​
All content copyright property of The Bandera Prophet