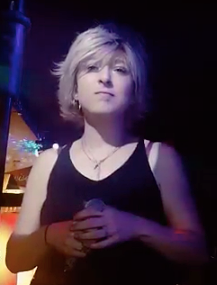 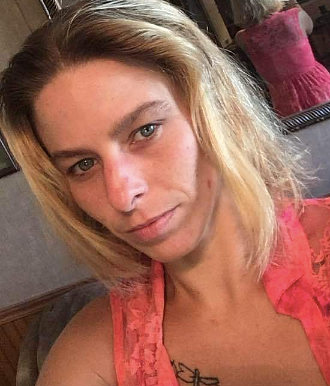 Jordan Tompkins, left, and Brittany McMahon, right, have been reported as missing persons. Anyone with information is urged to contact the Bandera County Sheriff's Office at 830-796-4323.

Authorities are investigating the disappearance of two Lakehills women, both of whom were reported missing within months of each other.
Jordan Tompkins, 25, was last seen walking alone along PR 37 on the evening of April 22. She has reportedly not made contact with any friends or family, including her mother, which is reportedly highly uncharacteristic.
Bandera County Chief Deputy Matt King said investigators have canvassed the community, and numerous reports and interviews have been followed up on, to no avail.
“We have hiked the Medina River bed from Wharton’s Dock to the Privilege Creek bridge,” King said, adding there have been no reports of actual sightings. “All of our investigators and patrol deputies are working on it.”
Tompkins stands 5’3”, and is about 130 pounds. She has brown eyes, short dark-blonde hair and tattoos.
Brittany McMahon, 33, was last seen June 19, on Old Loop 173, after reportedly getting a ride out of Bandera. It is also reportedly highly uncharacteristic for her to not be in contact with her family.
She stands 5’1”, and is about 120 pounds. She has hazel eyes, blonde hair with dark roots, tattoos, and a broken left wrist.
Anyone with information is urged to contact the Sheriffs Office at 830-796-4323.
The Bandera Prophet is grounded on the premise that relevant news delivery is ever-evolving. Founded by newspaper veterans, the Prophet delivers up-to-date information by writers and photographers who combined have 50-plus years of experience in the field and newsroom. Always free to readers, the Prophet is published on multiple platforms, and shared within the online community to more than 150,000 people. No paywalls and no paid subscriptions make news and feature stories immediately available with one click of a button or one swipe on a keypad.
​
All content copyright property of The Bandera Prophet