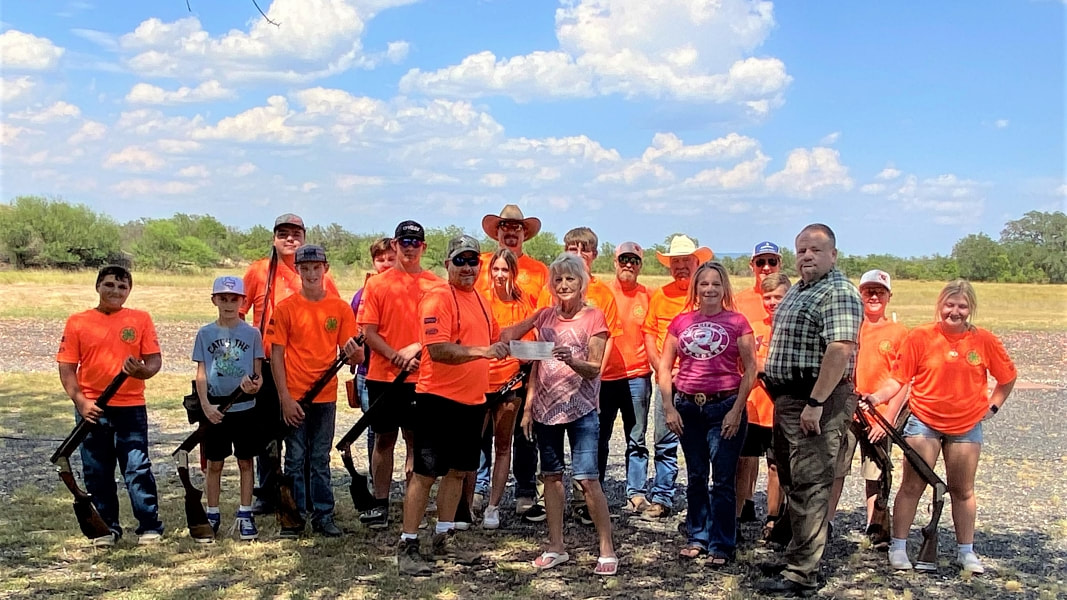 ​By Chris Darus
The Bandera Prophet

Bandera 4H Shotgun Team Project Leader Robbie Robinson and members of the team received a check from Bandera Summerfest Organizer Vicki Browning, Bandera City Council Member Rebeca Gibson and City Marshal Will Dietrich prior to Thursday afternoon’s practice at the Bandera Gun Club.
The $6654.91 check was half of the proceeds for this year’s designated non-profit organization generated by the annual gathering in Bandera City Park on the last weekend of June. The City of Bandera received the other 50 percent.
The 4Hers also received an additional amount of $946, thanks to the generosity of numerous LSBS BBQ cookoff participants who donated their winnings to the cause.
The Bandera Prophet is grounded on the premise that relevant news delivery is ever-evolving. Founded by newspaper veterans, the Prophet delivers up-to-date information by writers and photographers who combined have 50-plus years of experience in the field and newsroom. Completely free to readers, the Prophet is published on multiple platforms, and shared within the online community. No paywalls and no paid subscriptions
make news, sports, feature stories and more immediately available with one click of a button or one swipe on a keypad.
All content copyright property of The Bandera Prophet