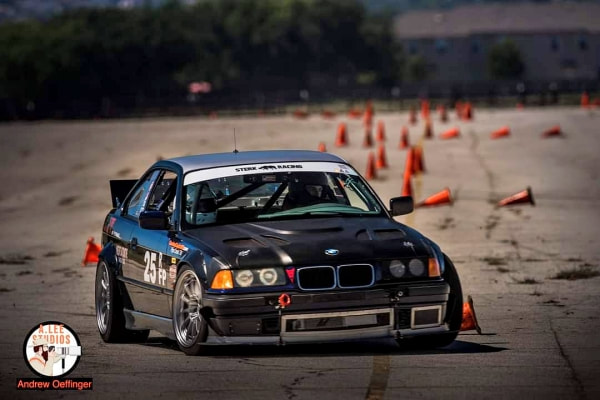 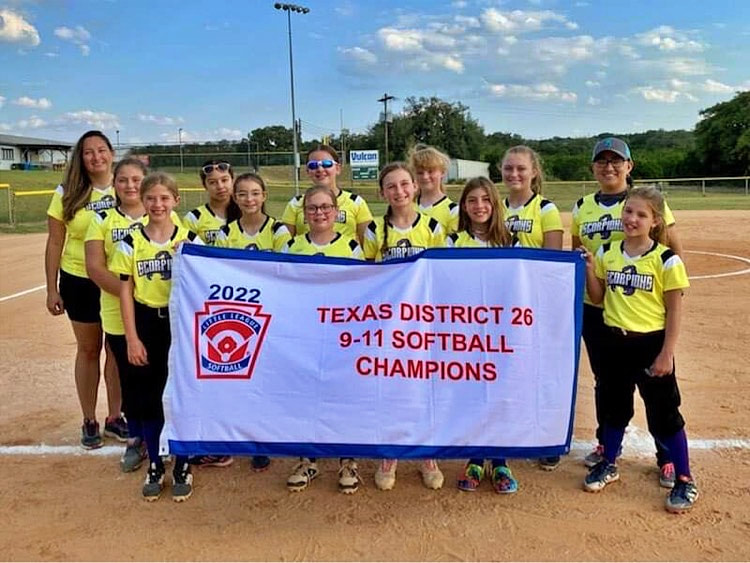 Autocross
Local racers Gerhard Retief and co-driver Joshua Retief participated in the SCCA Divisional Solo 1 held at  Beeville’s Chase Field Naval Air Station recently with their Sterk Racing 1995 BMW 325i.
The car has been upgraded with a M3 engine and front brakes and rear axle along with 328 rear brakes to increase the performance of the vehicle.
Running in the F Prepared class, they finished first in class on Saturday and Sunday, was ninth fastest overall on Saturday, running 63.4 and ran the eighth overall fastest time in the 90 entry field on Sunday with a 63.2 second run.
To watch a video of a run, see https://www.youtube.com/watch?v=gk-sqH4ZHCs

Softball
The Greater Medina Lake/Bandera Scorpions, a combination of players from four different teams, were District 26, 9-11 champions and will head to Del Rio for the sectional championships this coming week with games scheduled for Tuesday and Wednesday.
If the team can win in Del Rio, they would qualify for the state tourney in Abilene.

Shooting Sports
The Bandera 4H Shotgun team held the Mark Bonner Bandera Cowboy Blast Shoot the last weekend in June at the Bandera Gun Club.
As usual, Bandera placed consistently well with shooters placing in the top three in many of the classes as the state championship shoot draws near.
Junior Ladies shooter, Elle VanderZee took the HOA (Highest Overall Average) with two wins and a third and Lilian D’Spain shot a perfect round in Trap in Intermediates.
The team heads out to San Angelo on July 6 for their next shoot and then will shoot at the National Shooting Complex in San Antonio on July 16 and 17 with the Texas State Shooting Tournament at the same venue starting on July 19.

Mens
Juniors Open: Brody Moore, First in Skeet, second in Whiz Bang
Intermediate: Hayden Drefke, third in Trap
The Bandera Prophet is grounded on the premise that relevant news delivery is ever-evolving. Founded by newspaper veterans, the Prophet delivers up-to-date information by writers and photographers who combined have 50-plus years of experience in the field and newsroom. Always free to readers, the Prophet is published on multiple platforms, and shared within the online community to more than 150,000 people. No paywalls and no paid subscriptions make news and feature stories immediately available with one click of a button or one swipe on a keypad.
​
All content copyright property of The Bandera Prophet