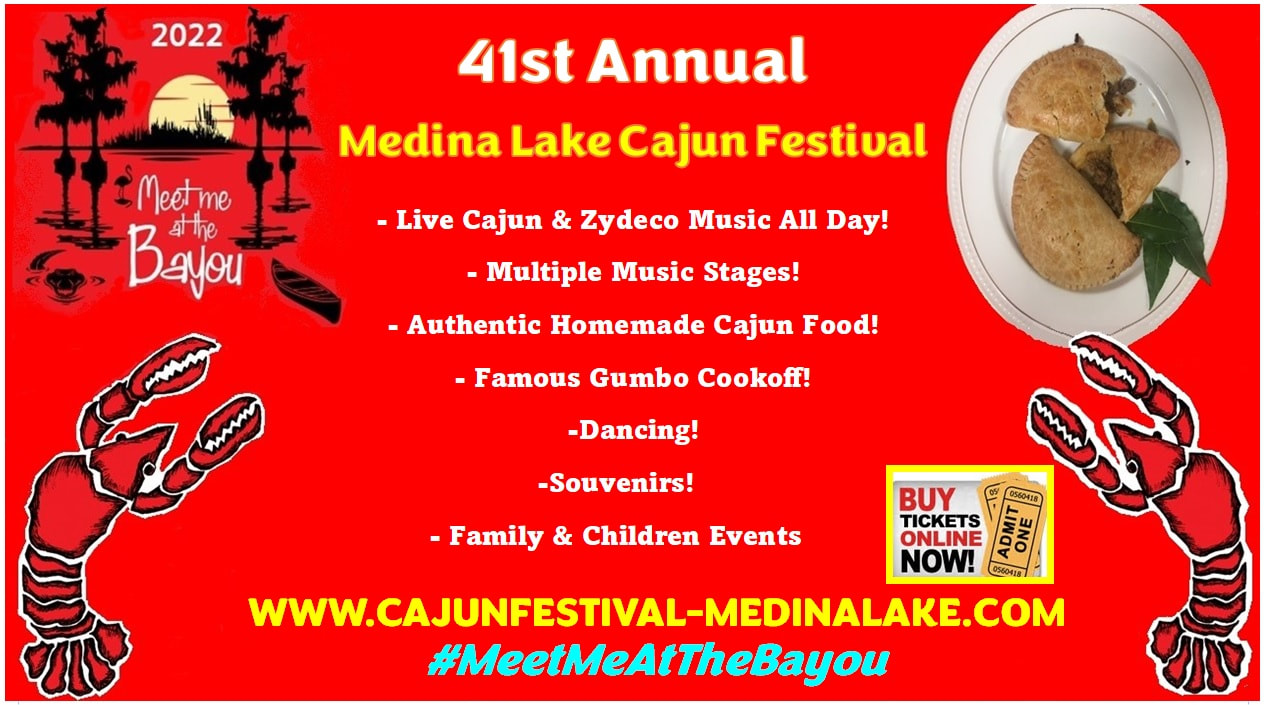 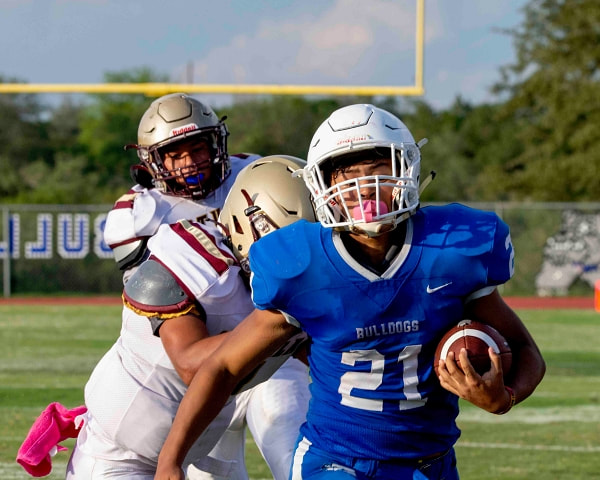 Bandera ISD
Football
JV
Bandera’s JV Blue remains unbeaten at 2-0 with a hard fought defensive battle that ended in a 6-0 win over Cotulla Thursday at Bulldog Stadium.
Touted for their individual defensive efforts were Jackson Satterfield, Juan Cabrera-Meija, Landon Munoz, Nico Tirado and Caleb Tippit up front, and Kenneth Seth and Kyle Lowe in the secondary.
Bandera did have two scores called back due to holding penalties, a 99 yarder and a 90 yarder, that both scorched the Cotulla defense.
But, the Cowboys had their share of penalties as well, including a long completion negated by a holding call and an unsportsmanlike conduct call that helped the Bulldogs late in the game.
The only score of the night was an overpowering 24-yard rush by
Juan Cabrera-Meija bulling his way through the Cotulla defense late in the fourth quarter.
Damien Cadena broke up a long pass to ensure the Bulldogs win in the last few minutes of the game.
Bandera will host S.A. Kennedy this Thursday evening, come out and watch, gametime is 5:30 p.m.
See our bonus photo gallery at https://www.banderaprophet.com/220905jvfootball.html

Volleyball
Your Lady Bulldogs hosted their season opener against Pearsall last week as Bandera Middle School Volleyball is in full swing.
Eighth grade
“A” Team
Our girls have been working hard learning the game of volleyball with switches, hitting coverage and teamwork. These 12 girls trusted the process and remained coachable the entire time.
Bandera defeated Pearsall in two sets with scores of 25-5 and 25-7.
Highlights of the game: C. Fernandez and R. Gomez with great serving, J. Battle and S. Moore playing strong middles, K. Blake and P. Greenly with great offensive plays from the outside. We are off to a great start! Can’t wait to see each of these 12 ladies grow!

“B” Team
With many last minute adjustments, this wonderful group of 15 young ladies, fought to protect their house after defeating the Lady Dogies in three sets. 25-13, 15-25, 17-15. D. Schmidt led with four aces, meanwhile H. Halsey and K. Lake both had strong non returnable serves racking up 9 and 12 points respectively.
The girls kept things simple as they figured out, new rotations, got out first game jitters, worked as a team and remained coachable throughout.
These girls are willing to put in the work. I’m excited to see where the season goes.

Seventh grade
“A” team
The Lady Bulldogs fell short in a hard fought battle last night versus Pearsall. We struggled to get things moving in game one with a score of 14-25.
In game two, we finally found our groove and started communicating better on the court. Aiden Kavangh had a
9 point serving run, while Haley Livingston finished the game serving three in a row to bring the winning score 25-18. As we moved into the tie breaking third game, we battled point for point.
Pyper Barnard led the team with a 5 point serving streak. In the end, the Lady Bulldogs lost game three, 14-16. I am very proud of this team for showing grit last night and competing. They are working to increase their level of play by pushing for the pass, set, hit combination and I feel confident things will come together.

“B” team
The girls did an amazing job winning their first game of the season against Pearsall. J. Fox, K. Lawlis and K. Hamilton led with strong support in serves. This win lays the foundation of something great to build on and brings excitement to the team and their new coach.
The Bandera Prophet is grounded on the premise that relevant news delivery is ever-evolving. Founded by newspaper veterans, the Prophet delivers up-to-date information by writers and photographers who combined have 50-plus years of experience in the field and newsroom.
Completely free to readers, the Prophet is published on multiple platforms, and shared within the online community. No paywalls and no paid subscriptions required, the Prophet is built on the belief that information is so necessary to our community, that it should not depend on your income.
At the Prophet, news, sports, feature stories and more are immediately available with one click of a button or one swipe on a keypad.
All content copyright property of The Bandera Prophet