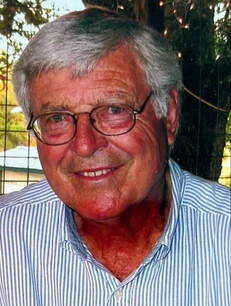 Henry Eugene Birdsong, loving husband, caring stepfather, doting grandfather, servant of God, farmer, builder and an all-around good man, died peacefully at home in Tarpley, on Thursday, Oct. 13, 2022. Henry lived an outstanding life filled with challenges, adventure, hard work and most of all, love. Henry is survived by the love of his life for over 35 years, Susie Johnson Birdsong; as well as his stepchildren Jim Miller and his wife Jonna of Houston, Jodi Ramirez and her husband Eduardo of Montgomery, along with their children Nicolas and Thais, and Jeff Miller and his wife Leslie of San Antonio, and their daughters Carson and Addison.
Henry began life’s journey in hardscrabble Carlisle, Ark., where as a youth he humorously recalled being “too broke to pay attention in school.”
Henry was one of seven children born to John and Ruby Birdsong. While life in central Arkansas in the 30s and 40s was hardly easy for anyone, for Henry, it instilled a life-long habit of hard work and perseverance that served him well.
His family’s economic circumstances forced an early departure from formal education in the 8th grade and eventually led to his enlistment in the U.S. Army in 1948. Henry proudly served his country for six years both domestically and in the perilous South Pacific. Henry frequently regaled his family with humorous tales (often the same ones…) recalled from his years in the service. Always a droll spirit, Henry consistently found comic relief in the most unlikely of circumstances.
Honorably discharged in 1954, Henry found his way to San Antonio where his sister Irene resided. Consistent with his ambitious character, Henry enrolled in evening classes at St. Mary’s University while working full time. He completed his BBA in 1961 and though he was offered a spot in the school’s in-coming first-year law school class, Henry knew he needed to continue working. Henry was employed by the Department of Defense as a proud civil servant for close to 30 years following which he retired at the ripe young age of 55.
It was then when the second phase of his life began as Susie’s beloved husband and wonderful co-parent to her children. Susie and Henry built a tremendous life together filled with love, country living, farming, horse raising, international travels and spiritual growth.
Henry became an Episcopalian and, together with Susie, successfully completed graduate theological and religious studies at both Sewanee – The University of the South and at Wadham College, Oxford, U.K. Henry was a devoted member of St. Christopher’s Episcopal Church in Bandera where he served as a vestry member and led the Church’s building program that resulted in the successful expansion of its facilities.
Henry loved to build. He built and/or remodeled almost every home he lived in as an adult. Never one to back away from a challenge or allow circumstances prevent him from accomplishment, Henry got things done, always. His home, Majestic Oaks Farm, is a manifestation of his love of building and hard work. Along the way, he also loved the outdoors and especially his animals. Over their years together, Henry and Susie raised miniature horses, Angus cattle, dogs and way too many barn cats to count; he will be missed by his four-legged friends.
Henry will be dearly missed by his family and friends alike. He lived a full life infused with interesting exploits, a successful career, countless structures built and, most importantly, the enduring love he shared with Susie.
A celebration of Henry’s life will be held on Thursday, Oct. 27, at 11 a.m., at St. Christopher’s Episcopal Church in Bandera. In lieu of flowers or memorials, contributions in his memory can be made to St. Christopher’s Episcopal Church, 395 FM 173, Bandera, Texas 78003.
The Bandera Prophet is grounded on the premise that relevant news delivery is ever-evolving. Founded by newspaper veterans, the Prophet delivers up-to-date information by writers and photographers who combined have 50-plus years of experience in the field and newsroom. Completely free to readers, the Prophet is published on multiple platforms, and shared within the online community. No paywalls and no paid subscriptions
make news, sports, feature stories and more immediately available with one click of a button or one swipe on a keypad.
All content copyright property of The Bandera Prophet