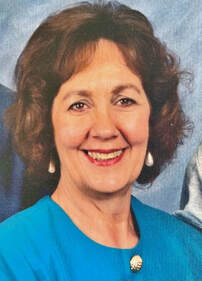 Josephine Lois Dugosh Megerle, 80, went to her heavenly home on Sunday, Oct. 9, 2022. She was a beloved sister, mother, and grandmother, who loved the Lord, her family, church and community.
Called Josie by those who knew her best, she was born in Bandera, to Hubert and Catherine Dugosh, on March 18, 1942. Josie grew up in Bandera and in later years made her home in Pipe Creek.
Josie had a successful career at USAA attaining many positions and spanning 43 years. In 1983, she became a mother, welcoming her daughter Erin Lynn into this world, and two years later, in 1985, she was blessed with the birth of her son Kurt Gallagher. As Josie was a proud and supportive mother who knew that children are a gift from God, she raised her children to know the Lord through the Catholic Church. Josie’s family grew again in 2007 with a granddaughter, Catherine Lynn Muriel.
Josie spent her retirement years at the beautiful home she built caring for her potbellied pigs and sewing prayer blankets for people needing comfort. She was a skilled seamstress and passed her love for textile design to her granddaughter Catherine. On the weekends, she could often be found on the sidelines of Catherine’s soccer games cheering her on.
Josie brought her family together each week for game night and dinner. She loved a good card game and wasn’t afraid to call you on the carpet for not playing fair. Josie often welcomed family and friends to join in on game nights and special holiday celebrations. Many of Erin and Kurt’s friends looked to Josie as a maternal figure and loved her dearly.
Josephine was a devout Catholic and a member of St. Stanislaus Catholic Church. She attended services regularly at St. Victors and always came prepared with extra rosary beads to share incase someone forgot theirs.
Josephine was proceeded in death by her father, Hubert Dugosh; mother, Catherine Bowman; and siblings, Rosalie Dugosh, Conrad Dugosh, Ignatius Dugosh, Elenora Goodley and Genevieve Modarelli.
Josie is survived by her daughter Erin Muriel; son Kurt Megerle; granddaughter Catherine Muriel; three brothers, Richard Dugosh, Roy Dugosh and Danny Dugosh; and four sisters, Elizabeth Oppelt, Albina Butler, Lucille Pagel and Mary Clements; along with many nieces and nephews.
Services will be held at St. Stanislaus Catholic Church in Bandera on Oct. 29, beginning with a Rosary and Mass service at 9 a.m., followed by a procession to the Catholic Cemetery for a graveside service. St. Victors and Saint Stanislaus Catholic Church will host a bereavement reception at St. Joseph’s Hall.
Flowers are welcome and delivery may be arranged through Millie & Marie Florals in Bandera.
The Bandera Prophet is grounded on the premise that relevant news delivery is ever-evolving. Founded by newspaper veterans, the Prophet delivers up-to-date information by writers and photographers who combined have 50-plus years of experience in the field and newsroom. Completely free to readers, the Prophet is published on multiple platforms, and shared within the online community. No paywalls and no paid subscriptions
make news, sports, feature stories and more immediately available with one click of a button or one swipe on a keypad.
All content copyright property of The Bandera Prophet