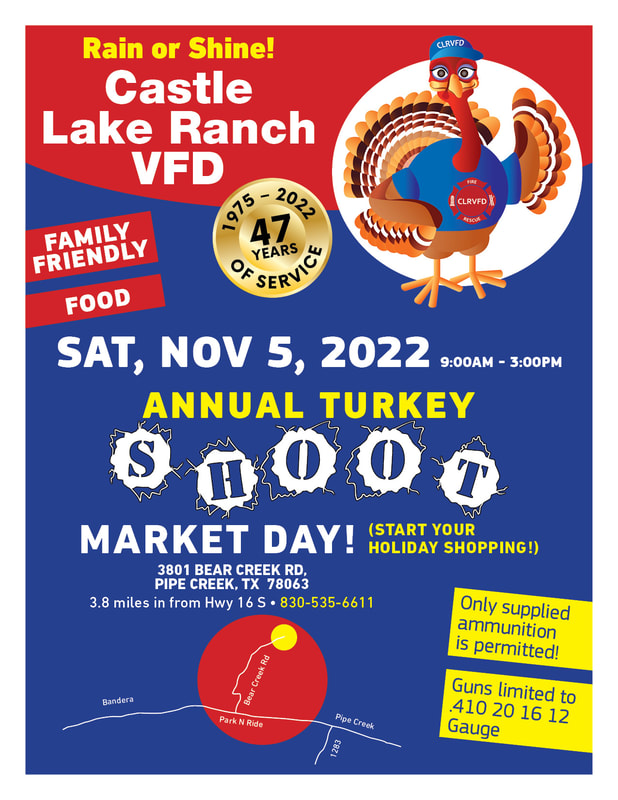 Bandera City Council members have delayed taking action on an ordinance regarding digital CVEM (Changing Electronic Variable Message) signs, pending a community workshop.
The decision follows council’s denial of special use permit request from Kevin Meier, who asked for a variance to install a digital sign at 603 Main Street and Pecan with a six-foot setback, instead of the ordinance-mandated 10 feet from the city’s easement. His request was initially approved by the Planning and Zoning Commission, however council rejected their recommendation, denying the sign in its entirety.
“Throughout the past two years, I have conducted my due diligence to insure my plans for an office building at this location would fit my needs and fall within the City ordinances. During that time the city chose to hire and adopt the Simple City Plan which then I followed and made adjustments to follow the goals of the city,” Meier said. “However, apparently, the majority of our council members have a different plan. An agenda that does not follow the Simple City plan, nor the will of its constituents, nor the success of our city. There are at least 11 pages of the Simple City Plan Report that emphasizes that the city, through its practices, has managed to limit or stymie growth, cause negative impact on business, and the plan offers what future development should look like along Main Street and how to correct past errors and focus on a successful path forward…I think it is appalling that a land owner in this city can study all the city ordinances to make wise business decisions, personal decisions and invest money to only be arbitrarily denied by this council. I think it is appalling that a city permit following city ordinances and being unanimously approved by P&Z can be overturned by the City Council without justifiable merit.”
Julie Meier also spoke to council members during the public forum.
“After researching the city ordinances, we invested a significant amount of money into building our business office here. We made sure that we were compliant with every requirement before we started the project. To be clear, the sign we were proposing met every requirement the city had and was, by definition, the same as other existing electronic signs in town. Despite this, council claimed safety and interference with the night sky as concerns,” she said. “…At the end of the day, the council admitted that our sign met all of their requirements but was denied because they didn’t like that type of sign… The city council is obligated to apply their rules evenly and fairly to everyone and when an applicant meets all the requirements of a city ordinance, then the city council must not arbitrarily deny the permit simply because of their personal feelings. But what concerns me more, is the city’s rush to ban electronic signs without public notice or discussion. Like it or not, we live in an electronic age. Changes to the current sign ordinance would eventually affect all business in the city with electronic signs...Shell, Lowes, True Value, the banks, ... to name a few. These signs would become illegal and repairs or replacement would not be allowed. Again, these businesses invested in our community, jumped through all the hoops required by the city, and have been operating under the belief that when their electronic sign needs to be replaced, there will be a path forward to maintain their brand recognition. It is unfair to change the rules after these businesses have already spent the money and built a business. This equates to double jeopardy. At the same time, it is equally unfair to allow some businesses to have electronic signs and deny others. These ordinances and the arbitrary interpretation of ordinances threaten free speech, infringe on private property rights, and will potentially have a negative economic impact.”
Council Member Darcy Hasty said the ordinance is currently written to allow businesses to maintain their signs that were already in place. However, she said she felt the signs “are not Bandera.” Further, Hasty said if a revised ordinance were to ban signs within the city limits, the Meiers should “be refunded any monies that [they’re] out.”
Council Member Toni Kunz said the city would need to reserve a larger facility for the workshop to accommodate the community.

~ In other business, Council appointed Barbara Poss and Elaine Good to fill two vacant positions with the EDC.

~ Council Member Jerry Russe asked to have issues with the Simple City Masterplan on the next council agenda for discussion and possible action. Last month, Silver Sage Executive Director Art Crawford said the city has three maps with different zonings in force. He said the contradictions have interfered with development of property on Buck Creek Drive, which the Silver Sage purchased from the city Economic Development Corporation in November 2021.
“Which did you adopt? Which is correct?” Crawford said, adding it was neither his responsibility to fix the problem, nor prove which ordinance was correct.
“Maybe EDC would like to purchase [the land] back,” Crawford said. “I am open to that.”

~ City Administrator William Cox on Tuesday introduced acting City Marshal Rusty Pancoast, who will fill the role while Marshal Will Dietrich is on administrative leave.

~ Council approved County Commissioner Jack Moseley’s request for the use of City Park to set up Christmas lights on Nov. 15. Moseley said actual setup would begin Nov. 19, and the lights would remain on until the New Year.

~ Council approved Jeanne Beauxbeannes’ request to have overnight camp privileges at the Bandera Cypress Street horse trailer parking area for the Cowboy Capital Trail Riders. Beauxbeannes said riders would arrive mid-afternoon on Wednesday, Feb. 8, 2023, and head out early the following morning en route to the San Antonio Stockshow and Rodeo.
“We just need a safe and secure place for horses and their riders,” Beauxbeannes said.

~ Hasty thanked the council, stating it was her last regular meeting as a council member. Hasty did not run as an incumbent for re-election.
“It’s been wonderful working with y’all,” Hasty said. “It’s been great representing the people of Bandera.” 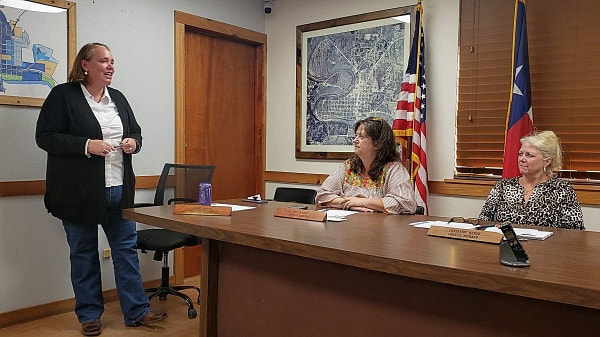 Bandera City Council Member Darcy Hasty thanks the council during her final regular meeting before the November election.
The Bandera Prophet is grounded on the premise that relevant news delivery is ever-evolving. Founded by newspaper veterans, the Prophet delivers up-to-date information by writers and photographers who combined have 50-plus years of experience in the field and newsroom. Completely free to readers, the Prophet is published on multiple platforms, and shared within the online community. No paywalls and no paid subscriptions
make news, sports, feature stories and more immediately available with one click of a button or one swipe on a keypad.
All content copyright property of The Bandera Prophet