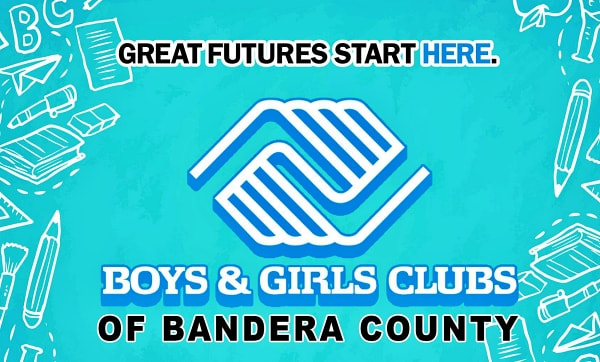 About Boys & Girls Clubs of Bandera County
We have three Club sites in Bandera County. One at each of our elementary schools and a stand-alone teen center for 6th grade to 18 years old. We serve approximately 250 kids during after school club hours and summer and close to 300 youth for our volleyball, flag football and basketball leagues. Please follow us on Facebook https://www.facebook.com/BGCBanderaCounty
The Bandera Prophet is grounded on the premise that relevant news delivery is ever-evolving. Founded by newspaper veterans, the Prophet delivers up-to-date information by writers and photographers who combined have 50-plus years of experience in the field and newsroom.
Completely free to readers, the Prophet is published on multiple platforms, and shared within the online community. No paywalls and no paid subscriptions required, the Prophet is built on the belief that information is so necessary to our community, that it should not depend on your income.
At the Prophet, news, sports, feature stories and more are immediately available with one click of a button or one swipe on a keypad.
All content copyright property of The Bandera Prophet