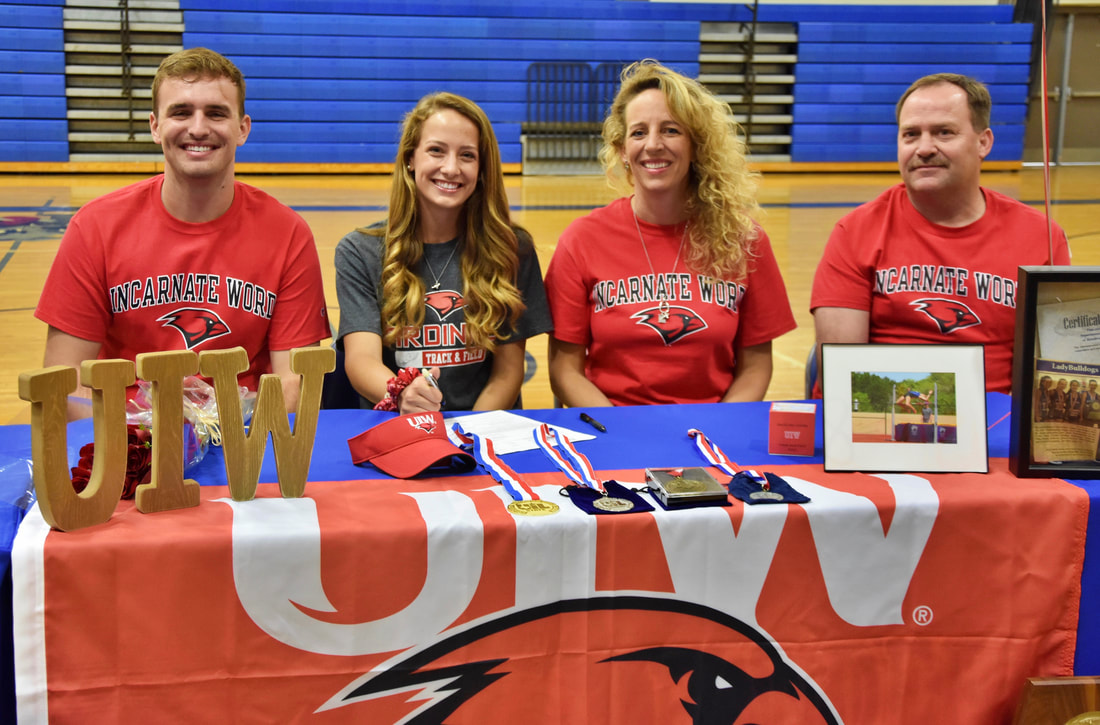 Sullivan Wilke (second from right) had her brother and parents in attendance when she signed with University of the Incarnate Word last Friday afternoon. 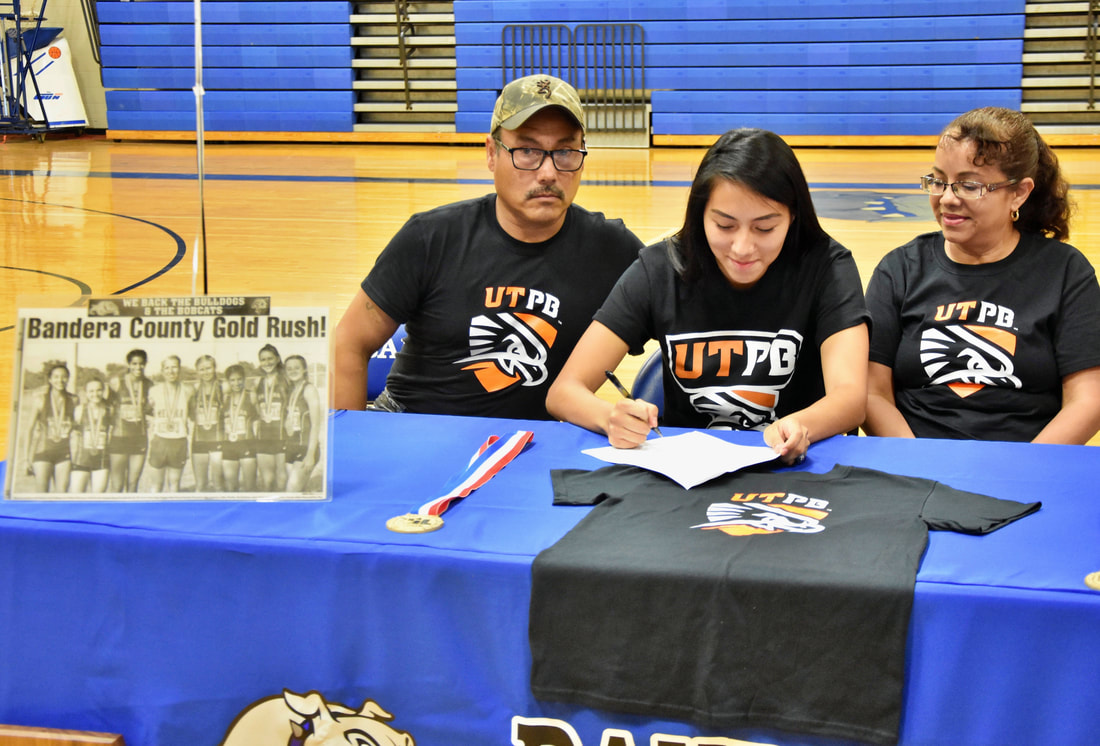 Salma Gutierrez (c) signs her Letter of Intent with UT- Permian Basin as her parents watch.

Two Lady Bulldogs move to the next level in both education and competitive sports as they signed national Letters of Intent at BHS last Friday.
Salma Gutierrez signed with UT-Permian Basin to run cross-county for the Falcons in Odessa as she furthers her education. Gutierrez, who also ran track, leaves Bandera with two 4A state championship gold medals earned during the Lady Bulldogs run of four consecutive state titles.
Sullivan Wilke signed with UIW (University of the Incarnate Word) in San Antonio where she will continue to compete in the high jump and take on the javelin.
Wilke, the current 4A Girls state High Jump champ, also played softball, volleyball and ran track while at BHS.