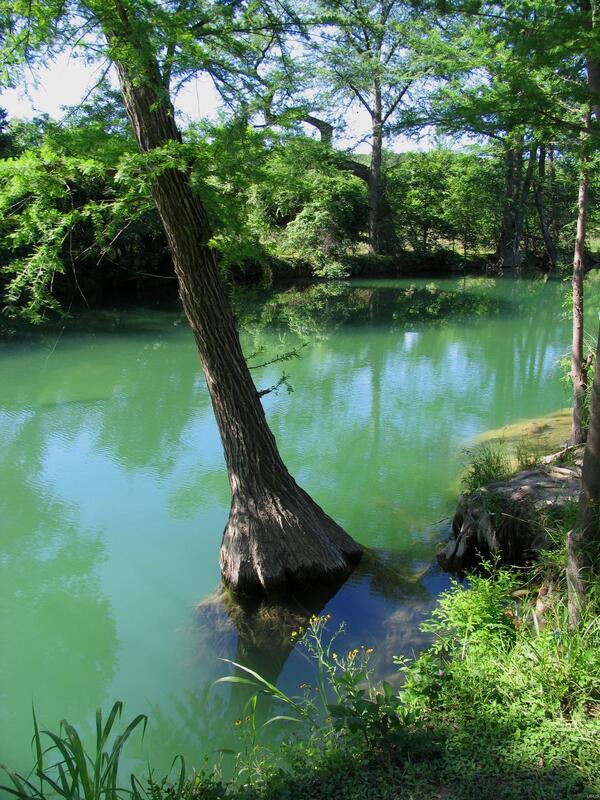 While enjoying a recent fishing trip to Medina Lake with my cousin, I was fishing along a man-made point near the area where the river opens to the lake. This location is familiar to me both above and below the water because I have fished there since I was a kid. I'm talking about back in the day when Smith Wright used to farm in the dry area of the lake bed.
Casting to the bank from my boat along the waters edge where there are now some really nice homes I struck up a conversation with an elderly man who was doing yard work on some already perfectly manicured landscape surrounding his home. I asked if he knew the ground where he was standing was a man made peninsula. Not only did he know that but he had some family history connected to the lake.
He told me his grandfather had hauled fuel oil to the dam construction site back in the early 1900s. While trying to share some history I had received a history lesson. It's like a treasure hunt around these parts. You just never know who, what or when you might make a discovery.
As I trolled away I gave him a parting shot. "I don't wanna keep you from your work so I'll go back to fishing.” Then I heard a female voice respond, "Thanks a lot, guys.” Up until then I hadn't noticed his wife sitting quietly on the dock applying a new coat of paint. I had always wondered why people tell me to never move to the lake because you will have to quit fishing. Now I know.
Nearby Wharton's Dock was a place for lots of activities through the years. I had some childhood friends whose parents leased a lot next to it where we did some camping. The building is now abandoned and in disrepair while the boat launch is about the only thing left as a reminder of it's heyday.
My adventures on Medina Lake have been shared with family and friends for decades. Starting at an early age with Honey and Nanny Blackwell and today with my regular fishing partner Gerald "Chief" Robison. The Bandera Bass Club was involved in numerous misadventures that were almost comical at times and others which shall forever remain untold by me.
My friend Johnny Cardenas and I were involved in some epic catches on several occasions. An incident when he almost went overboard scared me more than him I think.
The tales known in our fishing circle as "Toadisms" involved my brother-in-law Carel "The Toad" D'Spain. I could write a book about my associations with him.
These days my Growing Up In Bandera life still includes the beautiful waters of Medina Lake. At it finest and lowest times the memories are many for me.

​​2019          #180
The Bandera Prophet is grounded on the premise that relevant news delivery is ever-evolving. Founded by newspaper veterans, the Prophet delivers up-to-date information by writers and photographers who combined have 50-plus years of experience in the field and newsroom. Completely free to readers, the Prophet is published on multiple platforms, and shared within the online community. No paywalls and no paid subscriptions
make news, sports, feature stories and more immediately available with one click of a button or one swipe on a keypad.
All content copyright property of The Bandera Prophet