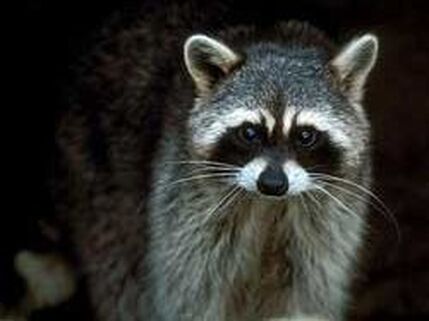 Another animal has tested positive for rabies in Bandera County. A raccoon died in a yard off FM 3240, bringing the tally of confirmed cases to three in less than two months.
On Wednesday, June 5, a resident in the 300 block of Diana Dr. notified authorities of a dead raccoon. According to reports, there was no human contact. A fox, shot by a homeowner after it attacked a kitten, tested positive for rabies on May 24; another raccoon tested positive on April 23.
“It’s everywhere,” Animal Control Liaison Sandra Schott said. “There is rabies in the county.”
Stressing that the public should not panic, Schott advised pet owners to ensure their animals are up-to-date with their vaccinations - that includes horses.
“Inoculate your animals,” Schott said. “If you have feral cats, trap them and make sure they get a rabies shot too. I don’t think there’s more rabies right now. I don’t think there needs to be panic. Everyone just needs to be cognizant.”
Bandera County Rabies Control Officer Dr. Conrad Nightingale said puppies especially need to be vaccinated.
“They like to go play with these wild animals,” Nightingale said. “Once they’re 3 months old, you want to inoculate your puppies.”
Nightingale further said to not feed animals outside, to keep pets inside at night and to never try to pick a wild animal up.
If a stray or wild animal acts erratically or suspicious in any way, the public is urged to contact the Bandera County Sheriff’s Office dispatch at 830-796-3771. ​
The Bandera Prophet is grounded on the premise that relevant news delivery is ever-evolving. Founded by newspaper veterans, the Prophet delivers up-to-date information by writers and photographers who combined have 50-plus years of experience in the field and newsroom. Completely free to readers, the Prophet is published on multiple platforms, and shared within the online community. No paywalls and no paid subscriptions
make news, sports, feature stories and more immediately available with one click of a button or one swipe on a keypad.
All content copyright property of The Bandera Prophet