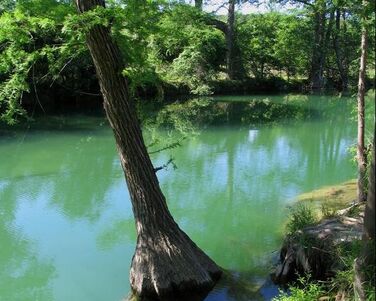 As I sit at my computer today I can hear the modern washing machine doing its job in an adjoining room. That contraption has more settings than a jet plane cockpit. On the rare occasion I am forced into using it I just go with normal and medium settings. I figure that way any damage I may cause will be minimal.
I am quite a few decades removed from helping my mom build fires under big cast iron pots on wash day. I was so young at the time that I'm not real sure how much help I was but the memory is burned deeply in my mind. I never gave any thought to all the preparations that surely were done prior to lighting the fires. The pots had to be filled and firewood needed to be cut. I was the designated carry and stack wood helper.
I can say with certainty there was never any noise from a chainsaw ever heard. I can still picture the woodpile in my mind but the only time an axe was seen was when it was in my granddaddy's hands. Like all the other tools around there it was kept locked in a shed. Having a grandson of my own later I began to understand such things more clearly.
I am clueless as to where severe weather reports originated back in the day but I know we had them because we received warnings locally by way of the siren on the water tower. My mom, who was deathly afraid of tornado warnings would load us up in the truck and head over to granddaddy Kindla's house shortly after the first blast. Then she would threaten to put us all in the tin covered hole in the ground referred to as a storm cellar. I was more afraid of going into that spider infested place than any storm.
Rainstorms have taken on a new meaning in my later years. The excitement of the clearing sky in earlier years centered around thoughts of what awaited me at the river. Rising water and pot holes filled with perch and crawfish were usually in abundance. Nowadays it brings mixed emotions. It means the yard and garden have been thoroughly watered.  The aquifer and lake are catching some much needed recharge. The down side is having to mow again and maybe missing a fishing trip.
As I sit back and enjoy all the advanced technology I have available to me in my current Growing Up In Bandera times it is a wakeup call to how fast we are moving away from our heritage. There are many things to be cherished if you have memories like I do associated with a lifestyle that was tougher but a lot more satisfying.

#183       2019
The Bandera Prophet is grounded on the premise that relevant news delivery is ever-evolving. Founded by newspaper veterans, the Prophet delivers up-to-date information by writers and photographers who combined have 50-plus years of experience in the field and newsroom. Completely free to readers, the Prophet is published on multiple platforms, and shared within the online community. No paywalls and no paid subscriptions
make news, sports, feature stories and more immediately available with one click of a button or one swipe on a keypad.
All content copyright property of The Bandera Prophet