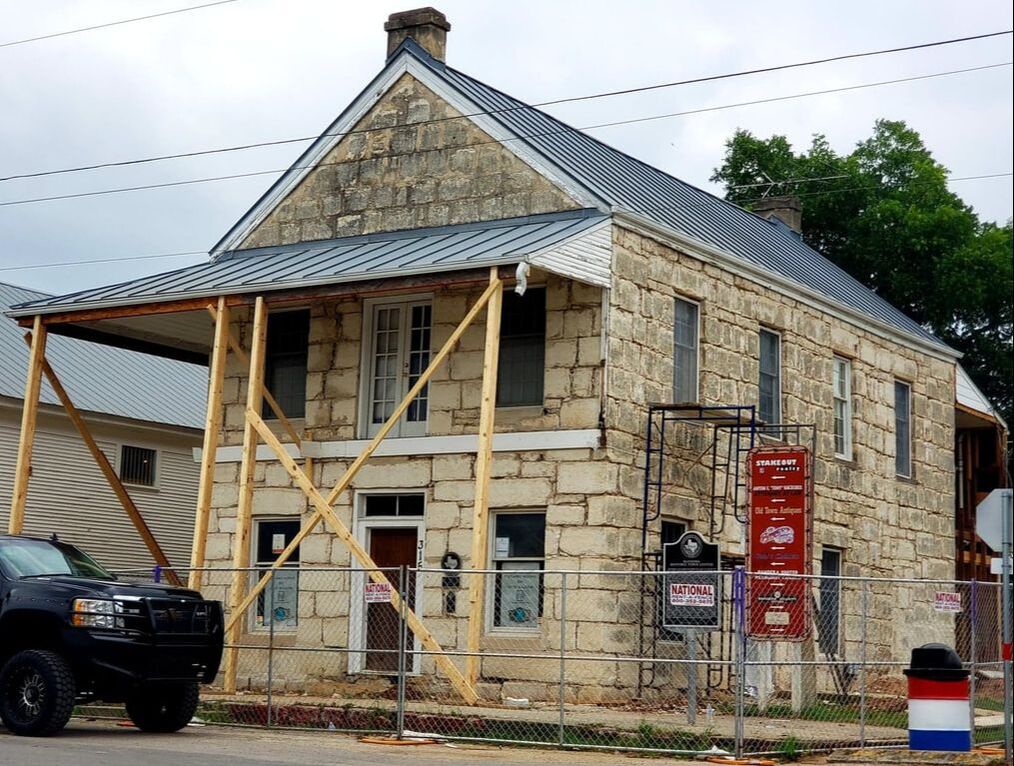 In celebration of their 20th anniversary, Hyo Silver is blending the old with the new. The team acquired one of Bandera’s downtown antiques, and has begun construction to convert and revert it.
“We purchased the building next to the Bandera Meat Market [on 11th Street],” Tenia Clark said, who approached the city’s Economic Development Corporation board regarding a facade grant. “The project will hopefully look the same, but improved.”
The Texas landmark building, built circa 1860, has a lot of issues with lack of maintenance, Clark said, such as a rickety upstairs balcony that’s falling apart and renovations made 30 years ago that were not “period appropriate.”
“We want to redo that so it will match the rest of the building,” Clark said, who estimated the work to be done in six months.
In addition to restoring the building to its former glory while adhering to 2019 code requirements, the facility will be ADA compliant.
“There will be a ramp going all the way to the sidewalk,” Clark said. “The restrooms will also be ADA compliant.”
Clark, speaking on behalf of Hyo Silver Owner and President Joanne Symons and Vice President Josie Symons, requested the $10,000 grant to help offset some of the restoration costs, which are estimated at $81,000.
“They are eligible,” EDC Board President Art Crawford said, adding $63,157 remained in the EDC grants budget.
Crawford further advised the board during their June 12 meeting to contact Clark and tour the building, as they will vote on whether to approve the grant request during next month’s EDC meeting, scheduled for Wednesday, July 10.
“They support our youth, they support our visitors bureau,” EDC Board Member Toni Kunz said. “This is our history. They’re restoring a building. Not everyone wants to do that.”
Joanne Symons said she’s very excited about the refurbishing project. The jewelry showcases, which will be transferred to the showroom once its completed, are turn-of-the-century antiques, purchased locally at an antique store in Pipe Creek.
“We love restoring old things to their original beauty,” Symons said.
The Bandera Prophet is grounded on the premise that relevant news delivery is ever-evolving. Founded by newspaper veterans, the Prophet delivers up-to-date information by writers and photographers who combined have 50-plus years of experience in the field and newsroom. Always free to readers, the Prophet is published on multiple platforms, and shared within the online community to more than 150,000 people. No paywalls and no paid subscriptions make news and feature stories immediately available with one click of a button or one swipe on a keypad.
​
All content copyright property of The Bandera Prophet