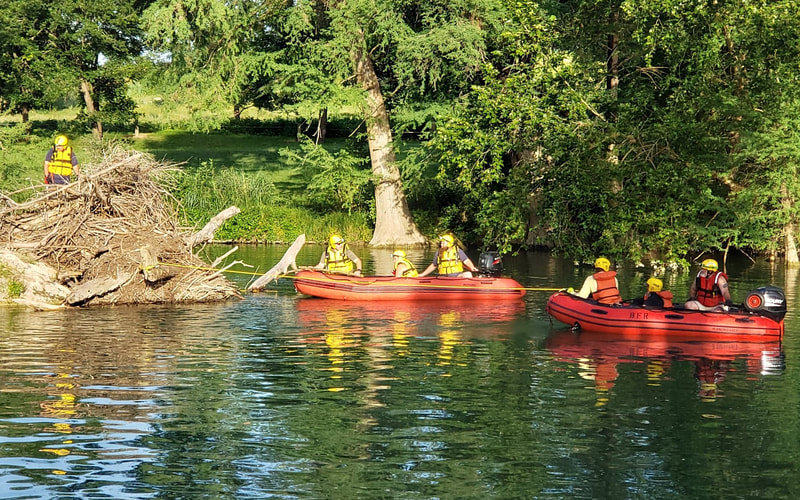 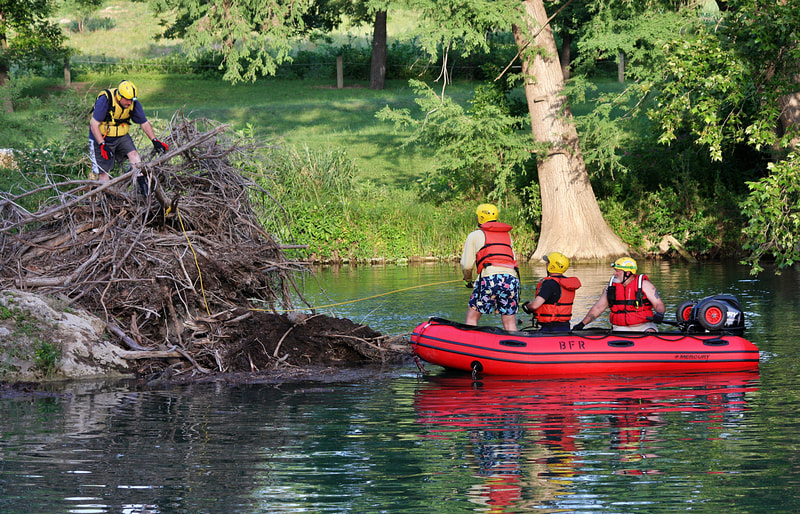 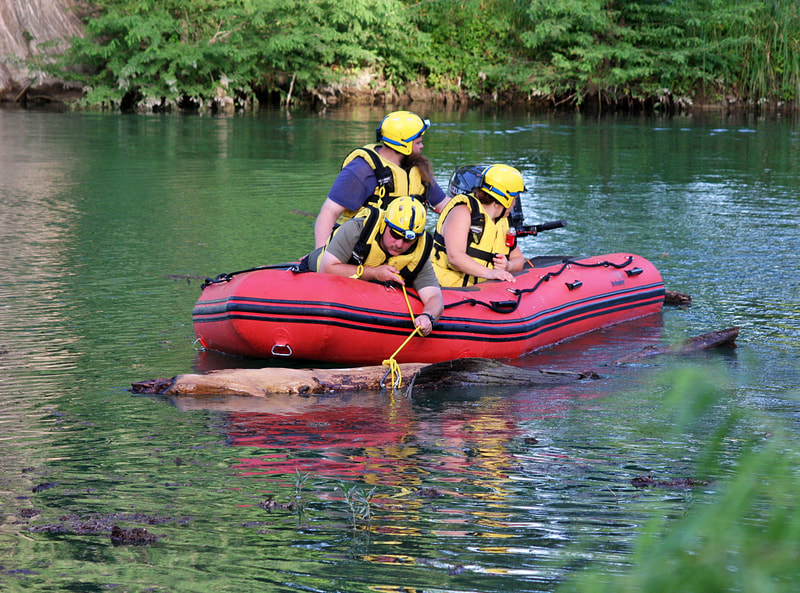 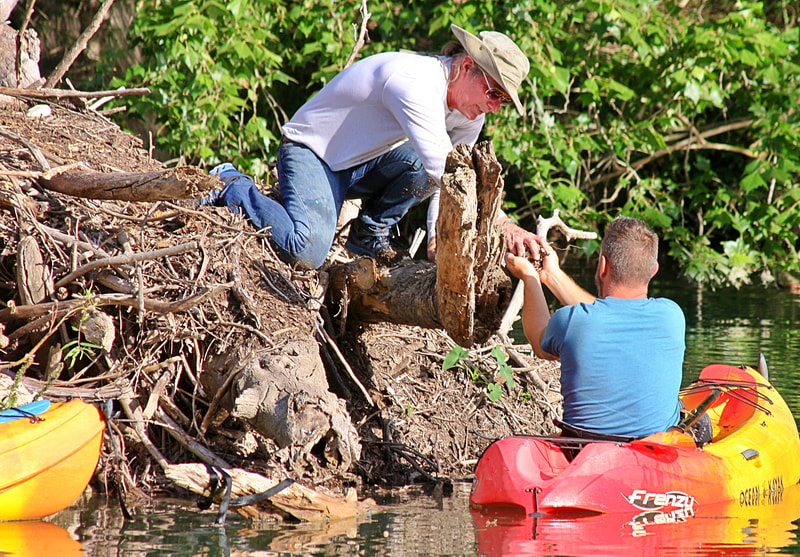 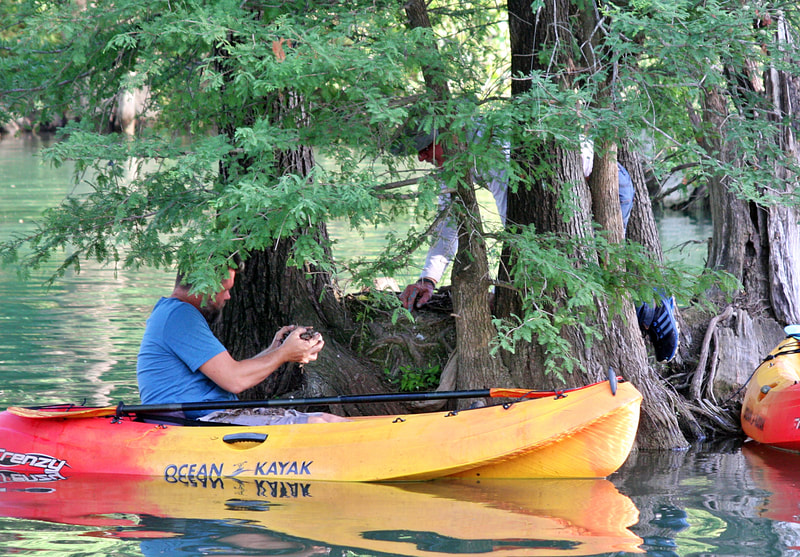 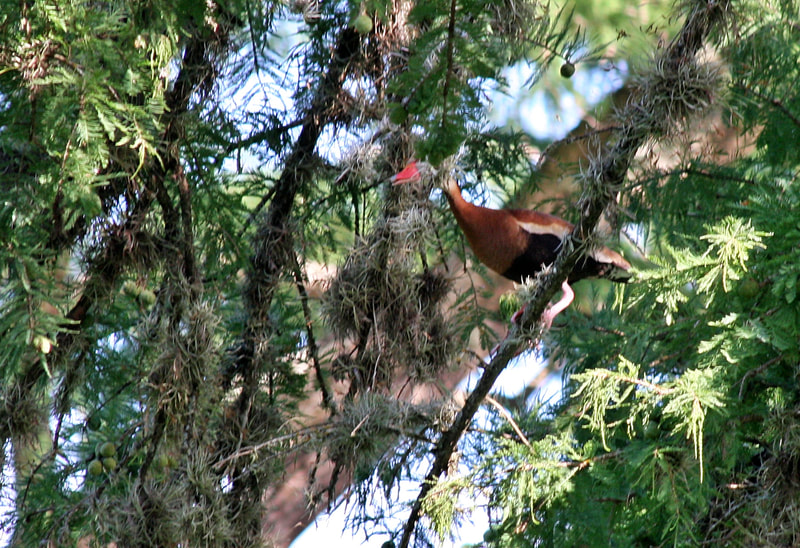 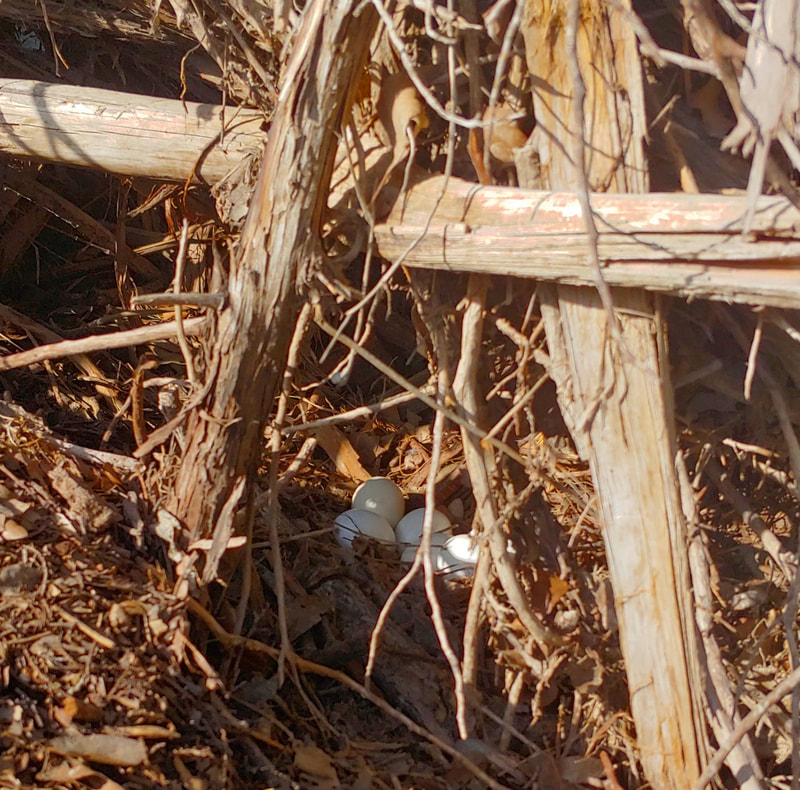 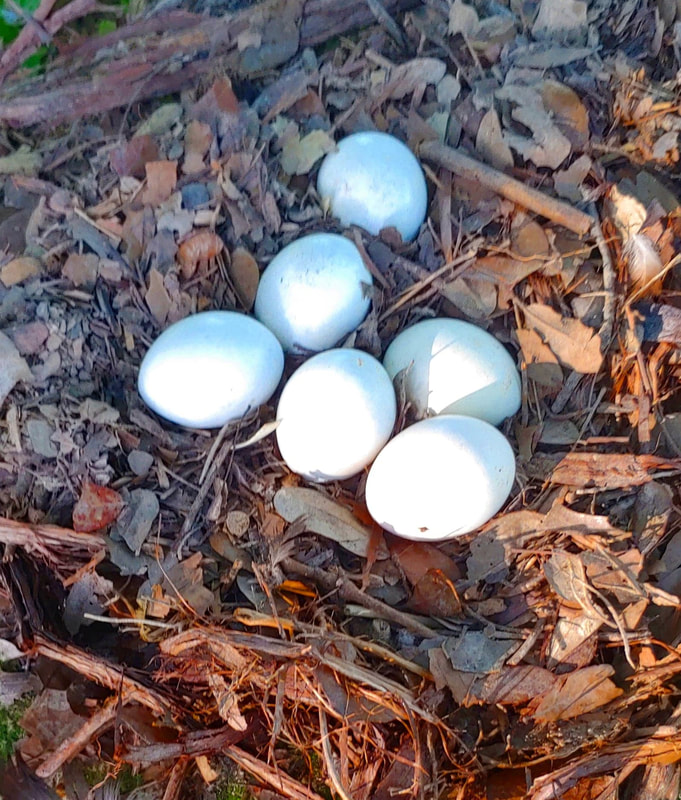 Summer after summer, the rocky island in the middle of the Medina River at City Park has been a popular jump-off point. Kids descend into the water from the riverbank and swim to the big rock, climb up its crooked edges and cannonball back into the water, over and over again.
During the last several floods, the iconic island has become a catchall for debris washed downstream. As the temperature increases and people begin to frequent the park, authorities’ thoughts turned to that rock, and whether it may be hazardous to the children and others who will try to climb it. Wednesday evening, volunteers with the Pipe Creek and Bandera Fire Departments cleared the rock, capitalizing on their regular safety training exercises, which they conduct the fourth Wednesday of every month.
Initial plans to ignite a controlled burn on the island were cancelled, according to Bandera Fire and Rescue Training Officer Brad Cummings, Jr. Because the waterway falls within the state’s jurisdiction, several permits are required to light a fire. So, during their boat operation training session last night, both volunteer fire departments collaborated to manually remove the pile of dismembered logs and branches.
“We want to try to make sure everyone stays safe,” Bandera Fire Chief Max Konz said.
One unexpected consequence, however, was the new ecosystem that developed on the rock, rife with vegetation, various fungi, decomposing matter feeding a juvenile willow tree, a cypress tree rooted in the rock and water - and a nest full of eggs, hidden within the web of driftwood. Members of the Bandera Fire & Rescue gave a concerned citizen the go-ahead to relocate the nest - which is believed to belong to an Egyptian goose - to a nearby cypress tree before they began operations.
“Had we seen the nest, everything would have stopped right then and there,” Konz said.
Using boats and refreshing certified skills that would be necessary in the event of an emergency, firefighters safely removed the debris - without damage to the cypress tree - floating the logs downstream and clearing the island.
“We know that kids are going to climb on that rock,” Konz said. “We don’t want anyone to get hurt.”
In the event of an emergency, Konz said rescuers can get the boats from the fire department on Main Street to City Park in three minutes. ​He said first responders would be stationed at tomorrow's RiverFest event as an added precaution.
The Bandera Prophet is grounded on the premise that relevant news delivery is ever-evolving. Founded by newspaper veterans, the Prophet delivers up-to-date information by writers and photographers who combined have 50-plus years of experience in the field and newsroom. Always free to readers, the Prophet is published on multiple platforms, and shared within the online community to more than 150,000 people. No paywalls and no paid subscriptions make news and feature stories immediately available with one click of a button or one swipe on a keypad.
​
All content copyright property of The Bandera Prophet