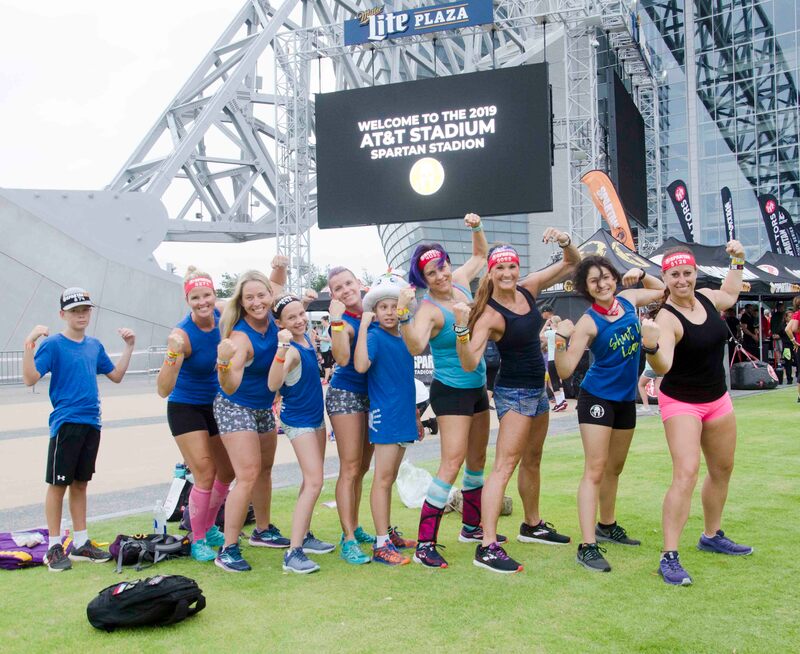 Some of the Get Uber Fit crew pose before the start of the competition. 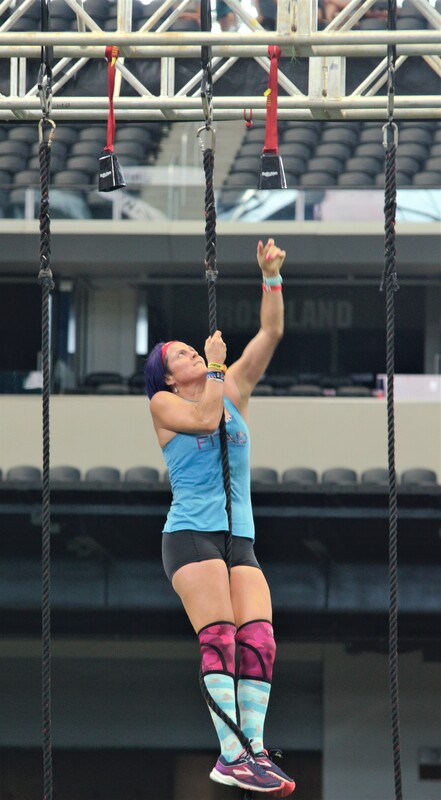 Jolline Darus looks to ring the bell at the top of the Rope Climb. 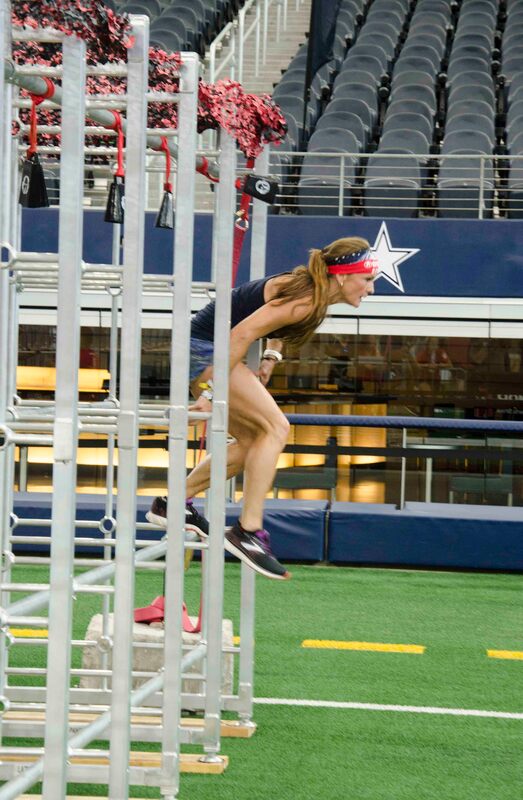 Dee Dee Stewart exits the Pipe Lair on her way to a second in class finish. 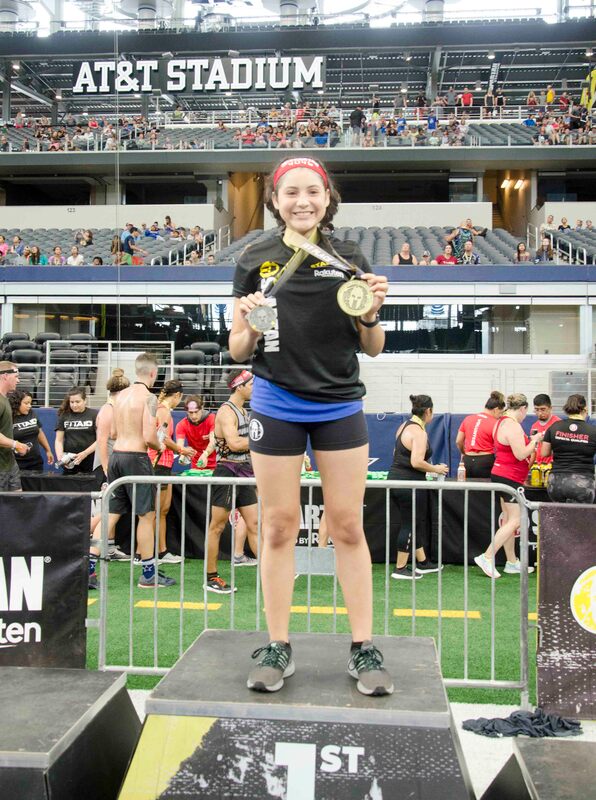 Noellia Guevara stands atop the podium after finishing first in her age group. 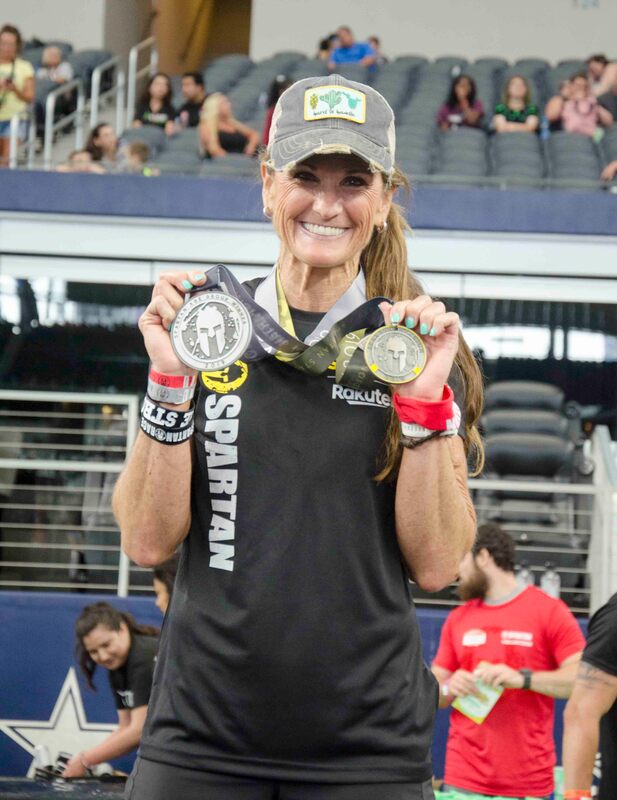 Dee Dee Stewart with her silver and finishers medals on the podium.

Arlington's AT&T Center, better known as "Jerry's World" and home of the Dallas Cowboys, was invaded by over 6600 Spartan competitors on Saturday, June 22, as the 2019 Dallas Spartan Stadium race was underway.
Spartan races are unique in that they allow regular people to compete at the same venue as the world class, elite level world class athletes that run first at most Spartan events.
The race itself covered the interior and exterior of the entire stadium, starting outside the front doors, around the grounds, into the building onto the mezzanine, up a seemingly unending number of steps to the cheap seats, back down an untold number of more steps, outside into the parking lot, through the locker rooms and finally down onto the field itself where the finish line was setup in the end zone. It was basically a 4.1 mile tour of the stadium with 24 obstacles thrown in for good measure.
On those obstacles, a competitor had two options, complete it or receive a punishment of 15 burpees, basically a pushup followed by jumping up with your arms over your head and back down into the prone position, for failing the obstacle.
As an added plus, racers were featured on the fourth largest wide screen TV in the NFL during the event and during the awards ceremony.
A group from Get Uber Fit, a local fitness gym, were part of the horde that tested themselves against the physical and mental tests that laid in wait.
Two of the Uber group garnered a spot atop the podium by placing in their age groups.
Bandera ISD teacher, Dee Dee Stewart, won silver in her age group with a time of 1:11.18. That time placed her 50th for women and 292nd overall.
Noellia Guevara won the gold medal in her first ever Spartan event in the 14-17 age group for young women. The Bandera High School student finished the course in 1:29.19, the 109th woman and 502nd finisher overall in the non-professional ranks.
To find out more about upcoming Spartan races or next years event, go to www.spartan.com ​
The Bandera Prophet is grounded on the premise that relevant news delivery is ever-evolving. Founded by newspaper veterans, the Prophet delivers up-to-date information by writers and photographers who combined have 50-plus years of experience in the field and newsroom. Completely free to readers, the Prophet is published on multiple platforms, and shared within the online community. No paywalls and no paid subscriptions
make news, sports, feature stories and more immediately available with one click of a button or one swipe on a keypad.
All content copyright property of The Bandera Prophet