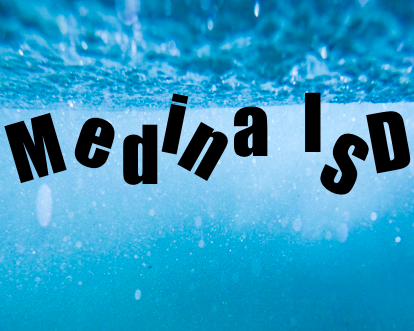 In the wake of recent legislature, two Medina ISD directors said this year’s Central Appraisal District budget threatens the livelihood of their school.
“My concern is is for our kids and public education,” Medina ISD Board Director Thad Emmons said last Thursday.
Though considered a champion effort by many school districts throughout the state, House Bill 3 - signed into law in June, delivered a blow to the smaller, less-wealthy districts. The $11.6 billion school finance measure, among other things, proposes to increase teacher salaries, boost per-student funding, and cut property taxes. It all looks good on paper, but it’s a “real situation for Medina,” Emmons said.
“I don’t know how many know about HB 3,” MISD Board President Andy Lautzenheiser said. “Nobody argues our teachers very well deserve an increase…Bandera is getting $5 million [from the state], we’re getting $56,000 to fund a quarter of a million dollars more in salaries.”
Looking at a tidal wave of unfunded mandates, Emmons and Lautzenheiser said they have battled in the past to keep the district of about 200 students afloat amidst financial problems and lack of state funding. The CAD budget, they said, is more than it can manage.
The school district’s portion to fund the CAD for its 2020 fiscal year is $110,121.03, or 7.8 percent of the appraisal district’s total $1.4 million budget.
“Medina can’t afford it,” Lautzenheiser said. “We’re in a world of hurt. We’re just trying to keep our heads above water.”
Deputy Chief Appraiser Jana Herrera, who presented the CAD budget during Thursday’s Commissioners’ Court, said Chief Deputy Wendy Grams submitted the proposed budget to the Board of Directors on May 23. A public hearing was held and the budget was adopted July 11.
Noteworthy changes in the budget that Herrera called attention to were an additional $4,000 to maintain an independent website apart from the county, as required by Senate Bill 2, which was adopted by the Texas Legislature this year; $13,050 to scan permanent records that are currently housed in a storage unit; a 2.65 percent Cost of Living Adjustment; and a $185,000 capital improvement startup fund for trying to acquire a new office facility. Minus the capital improvement, Grams said, the budget has an increase of 5 percent.
The breakdown is as follows: .28 percent for the transparency website; 1.99 percent for the Appraisal Review Board; 2.43 percent for appraisal services; 3.19 percent for legal services; 9.81 percent for CAMA (Computer-Assisted Mass Appraisal software) system; 12.50 percent for material and supplies; 13.39 percent for capital improvements; and 56.62 percent for personnel.
Herrera said according to international standards, a CAD office of Bandera County’s size should have at least 14 staff members, however they are operating with 11.
“We have outgrown the facility we’re in. Our county has grown, our records have grown. Age depreciation, maintenance costs are increasing annually,” Herrera said. “I do think it’s important to state for the record, we’re in the very extreme preliminary stage of this process. No acreage amounts have been determined. There have been discussions, ideas and suggestions. Nothing has been firmly adopted or decided. No decisions have been made.”
County Judge Richard Evans said when the proposed budget was presented, he felt the capital improvement fund was too high. Originally $200,000, the fund was reduced by $15,000.
“That’s not seed money, that’s a half-grown tree,” Evans said, adding commissioners do not plan the CAD budget. “Apparently the board didn’t agree with my philosophy.”
Stating she could not speak for the CAD Board of Directors, which includes Bo Mansfield, Gary Johnston, Dale Naumann, George Sharman, Nick Palacios, Lee Haile and Tax Assessor-Collector Gwenda Tschirhart (not a voting member), Herrera said she was not certain the directors wouldn’t be willing to revisit the issue. Herrera also said the CAD owns 100 percent equity in its current location, so any proceeds from the sale of the property will go toward a new location.
Pct. 1 Commissioner Bruce Eliker said his constituents have called him with concerns that the CAD budget had increased.
“They feel like we need to be more frugal,” Eliker said.
Echoing his sentiment, Pct. 4 Commissioner Jordan Rutherford said he has had numerous phone calls.
“They feel like the Central Appraisal District is out of control,” Rutherford said. “You all get what you want and we fund it. We don’t have any choice. It’s state law. The more money you budget, the more money we have to budget.”
The county’s allocation of the CAD budget is $516,831.68, or 36.62 percent. The largest share of the pie goes to Bandera ISD, whose portion is $663,745.74, or 47.02 percent. The remaining entities’ portions include Utopia ISD at 3.3 percent, or $46,598.33; Bandera County River Authority and Groundwater District at 2.33 percent, or $32,844.99; Northside ISD at 1.19 percent, $16,835.92; the City of Bandera at 1.02 percent, or $14,453.81; the Flying L Public Utility District at .41 percent, or $5,799.17; and ESD #1 at .3 percent, at $4,268.34.
The Bandera Prophet is grounded on the premise that relevant news delivery is ever-evolving. Founded by newspaper veterans, the Prophet delivers up-to-date information by writers and photographers who combined have 50-plus years of experience in the field and newsroom.
Completely free to readers, the Prophet is published on multiple platforms, and shared within the online community. No paywalls and no paid subscriptions required, the Prophet is built on the belief that information is so necessary to our community, that it should not depend on your income.
At the Prophet, news, sports, feature stories and more are immediately available with one click of a button or one swipe on a keypad.
All content copyright property of The Bandera Prophet