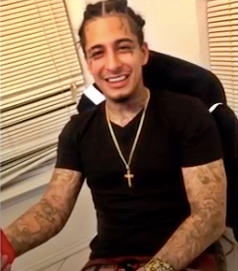 The body of a San Antonio man was found on a ranch on Privilege Creek Road last Saturday. Missing for two months, Frank Lara was discovered by a rancher on the Bandera property.
“He’s been missing since June,” Bandera County Chief Deputy Matt King said, adding authorities believe Lara was murdered and his body was brought to Bandera County.
King said the San Antonio Police Department has taken over.
Lara, 26, a tattoo artist, was last heard from on June 23, according to a report by Fox News San Antonio. King said an autopsy was performed which confirms foul play. ​
The Bandera Prophet is grounded on the premise that relevant news delivery is ever-evolving. Founded by newspaper veterans, the Prophet delivers up-to-date information by writers and photographers who combined have 50-plus years of experience in the field and newsroom. Completely free to readers, the Prophet is published on multiple platforms, and shared within the online community. No paywalls and no paid subscriptions
make news, sports, feature stories and more immediately available with one click of a button or one swipe on a keypad.
All content copyright property of The Bandera Prophet