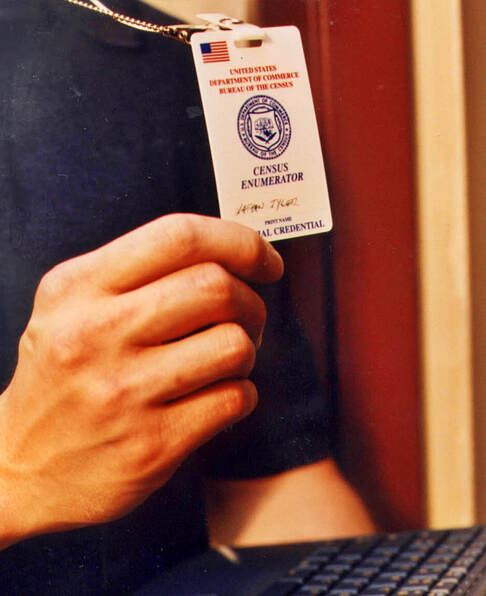 Census Bureau representatives in the area

If someone seems to be lurking at the front of ranch gates, mailboxes and driveways, a call to 911 isn’t necessarily necessary. Workers with U.S. Census Bureau are in town, and they’re trying to verify addresses.
Bureau representatives have until November to complete the first stage of the verification process.
According to the Census Bureau, a field representative will always present an ID badge that includes the employee’s name, photograph, Department of Commerce watermark and an expiration date. A field representative will carry an official bag with the Census Bureau logo or a laptop, and will provide a letter from the Census Bureau on official letterhead stating why they are visiting residences. The hours they are authorized to work are between 9 a.m. and 9 p.m. If asked, workers will provide their supervisor’s contact information and the telephone number for the Census Bureau Regional Office.
As of July 2018, Bandera County’s population estimate was 22,824, that’s up 11.4 percent from 2010, when the population estimate was 20,489. The City of Bandera 2018 population estimate was 901. The 2010 total population was 857.
The Bandera Prophet is grounded on the premise that relevant news delivery is ever-evolving. Founded by newspaper veterans, the Prophet delivers up-to-date information by writers and photographers who combined have 50-plus years of experience in the field and newsroom. Always free to readers, the Prophet is published on multiple platforms, and shared within the online community to more than 150,000 people. No paywalls and no paid subscriptions make news and feature stories immediately available with one click of a button or one swipe on a keypad.
​
All content copyright property of The Bandera Prophet