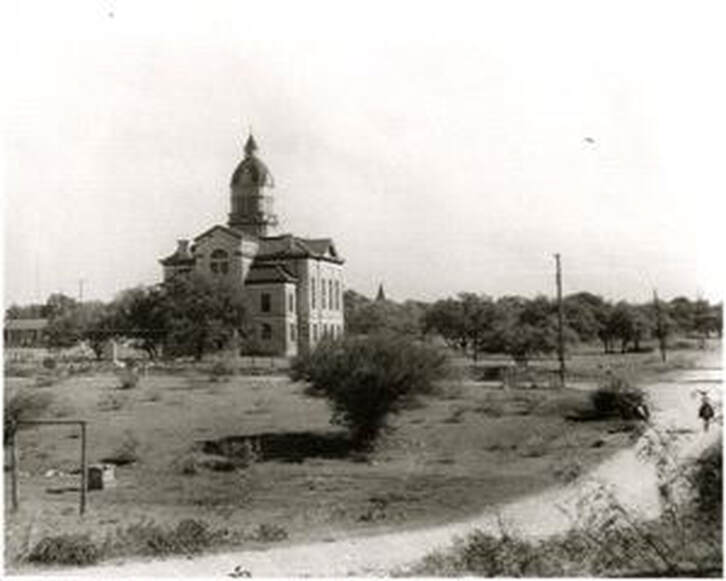 The early settlers of the Texas Hill Country were a diverse group of people coming to find their own Utopia. While we think of the German settlers of Kendall County and the Polish settlers of Bandera County, there is one group that has often been overlooked in the annals of Texas history. In 1854, a group of 250 men, women and children arrived at the newly established town of Bandera. Led by Elder Lyman Wight, this area was truly on the frontier – a wilderness with just a few shingle makers camped along the Medina River.
Elder Wight and his people called themselves Latter Day Saints, or more commonly, Mormons. They had migrated to Texas from Illinois in 1846 to escape persecution. Their intentions were to establish a new Zion on the Texas frontier. Settling first near Austin on the Colorado River, they later located a few miles below Fredericksburg along the Pedernales River, calling their new settlement Zodiac. They built a general store, a saw mill, a grist mill and a cabinet shop. When a flood washed away their mills, the colony decided to move to a new site on Hamilton Creek below Burnet. Wight’s son, Levi Lamoni’s autobiography recounts the challenges they faced, "…it was thought best by the community to seek other fields of labor and adventure, consequently we moved about fifty miles and located in Burnet County, Texas, and built another mill …. We now experienced frequent visits by the Indians of the western wilds of Texas … several times they took all our horses, killed our milk cows, and drove our oxen to such a distance that it took us several days to recover them. They finally took and retook our horses until we saw them no more.”
Hoping to find a safer location, the entire flock moved to their final destination on the Medina River, 12 miles below Bandera. Established against a high bluff, they called their new home Mountain Valley. Here they built chairs, tables and bedsteads to sell for income. With abundant fishing, hunting and pecan groves, the area seemed ideal but, once again, troubles with the native Indians arose. Letters written by Lyman Wight during this time show that he desperately sought protection from the authorities in Austin. When Wight suddenly died in 1858, the colony disbanded.
While the site of their last home is now covered by Medina Lake, remnants of this early attempt to find Utopia still exist. The bluff that sheltered them is known as Mormons Bluff. The family names of the settlers – the Goodales, Chipmans and Hay - are still present in Bandera. Their gristmill makes up the mantel of a fireplace in the Frontier Times Museum while a rawhide chair from their furniture makers sits next to it. Wight’s remains were taken to Zodiac to be buried in their cemetery. These graves may still be found by the intrepid seeker, the last vestige of an often-overlooked story of the early frontier. ​
The Bandera Prophet is grounded on the premise that relevant news delivery is ever-evolving. Founded by newspaper veterans, the Prophet delivers up-to-date information by writers and photographers who combined have 50-plus years of experience in the field and newsroom. Always free to readers, the Prophet is published on multiple platforms, and shared within the online community to more than 150,000 people. No paywalls and no paid subscriptions make news and feature stories immediately available with one click of a button or one swipe on a keypad.
​
All content copyright property of The Bandera Prophet